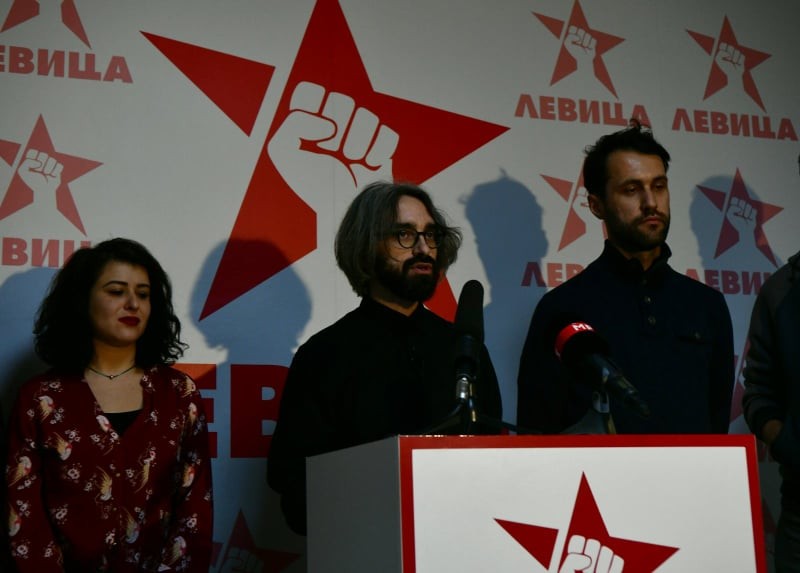 Following a good result in a number of urban areas, the left wing Levica party announced that it is prepared to discuss terms with other opposition parties for the second round of the local elections.

Levica did not win a single mayoral seat, but greatly increased its share of votes in many municipal councils, and has a well performing mayoral candidate in the race in Skopje who could tip the scales in this crucial second round vote.

Levica will have at least five representatives in the Skopje City Council. We will have between 50 and 60 council members across the country. I note that we had lists in only 38 municipalities, said party leader Dimitar Apasiev.

The populist party supported Zaev’s Colored Revolution and the toppling of the Nikola Gruevski Government, but then broke ranks with him over the numerous concessions Zaev made with neighboring countries on issues important for the Macedonian national identity. The party even tries to campaign to the right of VMRO-DPMNE on national issues.

VMRO-DPMNE openly courted them before the elections, but Apasiev insisted that he tries an independent run, after winning two seats in Parliament in the 2020 elections – a rare feat for a “small” party campaigning alone. Apasiev yesterday outlined his plans for the second round, where VMRO-DPMNE and SDSM will fight a number of important races, in Skopje, and likely in Bitola and Ohrid, but also for the possible bringing down of the Zaev regime.

We do not make coalitions as a matter of principle. It is possible that, on a municipality to a municipality basis, we call on our supporters to vote for the opposition candidate, but we will wait for them to invite us to negotiate. After the elections, we can negotiate the creation of a new ruling coalition in the Parliament. There is talk for a possible new ruling majority and that option is on the table, Apasiev said.

Zaev has only two seats majority in the Parliament, and several of his coalition partners openly ran against him in the local elections, while his crucial Albanian partners DUI and BESA are headed for a bitter showdown in the race in Tetovo, that may further fracture his coalition.

Apasiev: The country is run by a cartel, the situation will radicalize