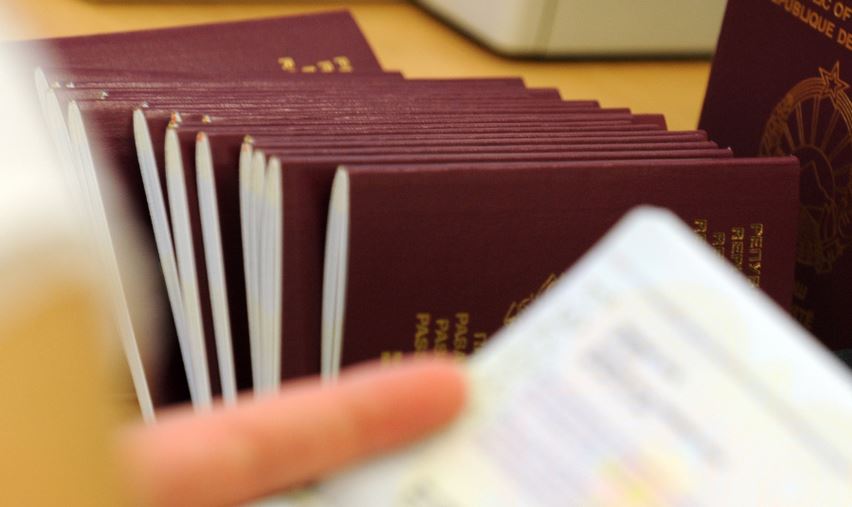 This year, the Ministry of Interior was shaken by perhaps one of the biggest scandals in recent history when MoI officers unlawfully issued as many as 215 passports, of which in 2014 to foreign nationals and one Macedonian citizen who acquired a fake identity, thus abusing their official position.

Among the people who obtained a fake identity and a Macedonian passport, were also members of international criminal groups, drug cartels, wanted criminals, and murderers who carried out such acts throughout Europe and the world. Some of the big names were Valid Isa Hamais, a drug trafficker and escaped prisoner, one of the collaborators of the Italian mafia, then Florian Musaj, a drug smuggler from the Albanian gangs Bushi and Baruti, Stefan Djukic from Montenegro, from the Kovacki gang, Lou Volina, Turkish mobster, Jovan Vukotic from the Balkan Skaljarski drug gang, head of the Montenegrin gang, as well as Gjorgji Andonov, Dzadin Ademovski and many other wanted persons. One of the most prominent names is the controversial Turkish businessman Sedat Peker, known to the Turkish public and the Balkans as the boss of the Turkish mafia, who at the time of the scandal made a statement saying that he was a guest at the home of a high-level official in our country.

Many cases, scandals and affairs just in the past few years were not resolved or got proper investigation, with some of them suspected to be leading to top government officials.

In one month, 200 passport applications were submitted to the Macedonian Embassy in Germany