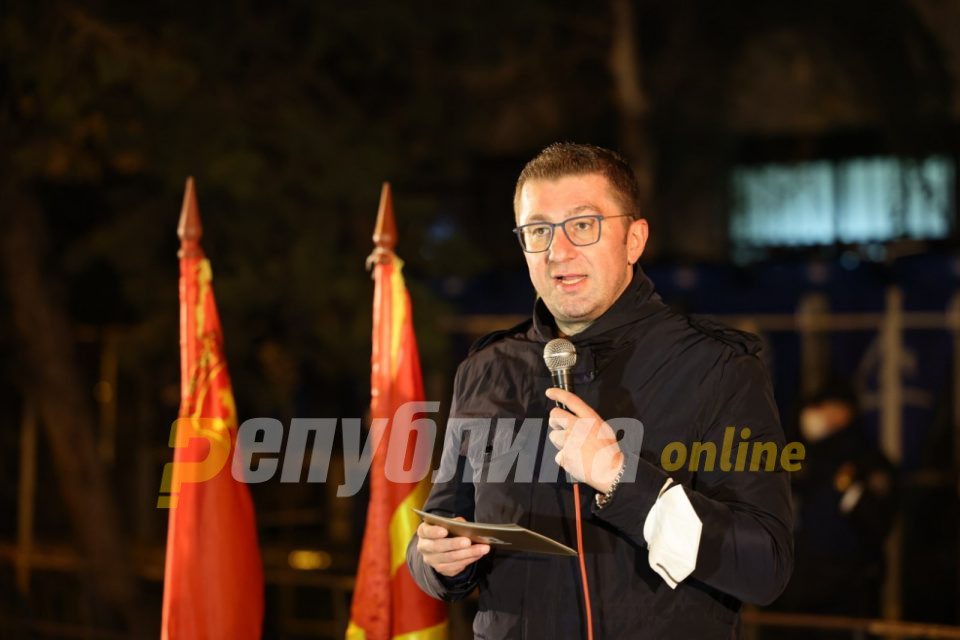 At Monday’s Facebook Q&A session, the leader of VMRO-DPMNE said if the members of the Commission for Infectious Diseases had virtue and morality, they would resign, but as he said, they continue to count the miserable money they take on the backs of the citizens’ health and serve the wrong and disastrous policies of Zoran Zaev.

This Commission for Infectious Diseases cannot find a solution and that is obvious. For more than 7 months they predicted that 2,000 people will get infected, and we already have more than 20,000. In just one week we have more than 2,000 new cases, every day we have a number of people who lose their lives, unfortunately, due to the poor and wrong policies and measures adopted by this politicized Commission for Infectious Diseases and I am surprised by the persistence that in these 7 months those people have for a miserable fee, instead of facing the public and submitting their resignation. The people calls on them to resign and persistently they stick to their miserable fee, to those miserable money they take on the backs of the health of the citizens. Some of them are my colleagues, university professors and the only thing I can say is that they should be ashamed of what they do because they are getting rich at the cost of the health of the citizens. They should have at least a little bit of virtue, honor and honesty and when they see that they are not successful in what they are doing, instead of counting the poor money they take from taxpayers to resign. Unfortunately, until this moment, those people not only do not intend to resign collectively, but continue to serve Zoran Zaev in the wrong policies, and that cost us every day with 400, 500 new cases, and new 5,6,8,10,12 deaths, Mickoski said.