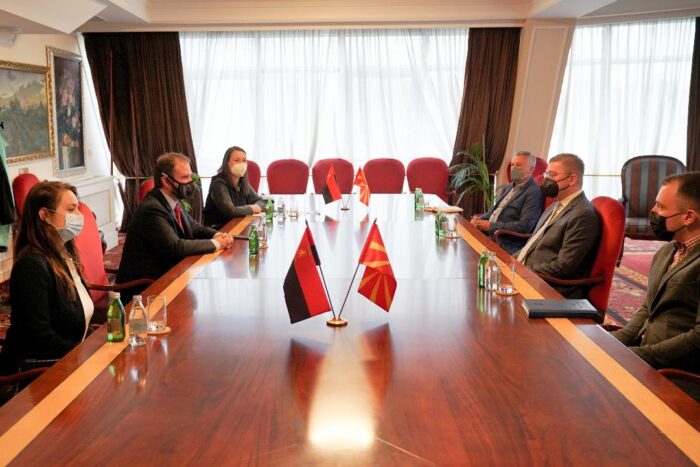 VMRO-DPMNE leader, Hristijan Mickoski together with the Secretary General of VMRO-DPMNE, Gjorgjija Sajkoski and the member of VMRO-DPMNE’s EC, Stefan Andonovski met Monday with Owen Paun, Director of the International Republican Institute for Macedonia.

At the meeting, they discussed the current political and economic situation, as well as addressing the Covid-19 pandemic.

Mickoski emphasized that the government failed to protect the citizens and provide Covi-19 vaccines in time.

That is why we lag behind Europe and the region as one of the countries that has the least vaccinations, but it is more terrible that the poor handling of the pandemic caused Macedonia to be often at the top of the countries with the highest number of deaths per one million or 100,000 inhabitants, said Mickoski.

Regarding the political situation, Mickoski stressed that the government with numerous corruption scandals such as issuing fake identities to the most wanted criminals in Europe, as well as the dual identities of Macedonian citizens risks endangering the country’s visa-free regime and undermining trust among the international community. Additionally, Mickoski pointed out that the recent developments with drug seizures and corruption scandals in which government officials and people close to the government are suspects are evidence of the government’s corruption and involvement in crimes. 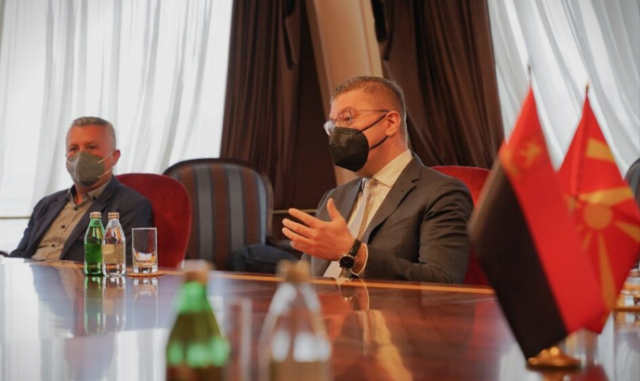 The VMRO-DPMNE leader highlighted that the government is catastrophically dealing with the economic situation, and as a result 60,000 citizens are already left without jobs, and tens of thousands of businesses are closed because the measures taken are insufficient to meet the real needs of citizens and the economy.

The interlocutors also discussed the excellent cooperation so far between the sincere partners and the support that the IRI provides to VMRO-DPMNE throughout the past period.

In the future, we plan to deepen and expand the cooperation in the preparation of the program and the work before the next elections, said Mickoski.