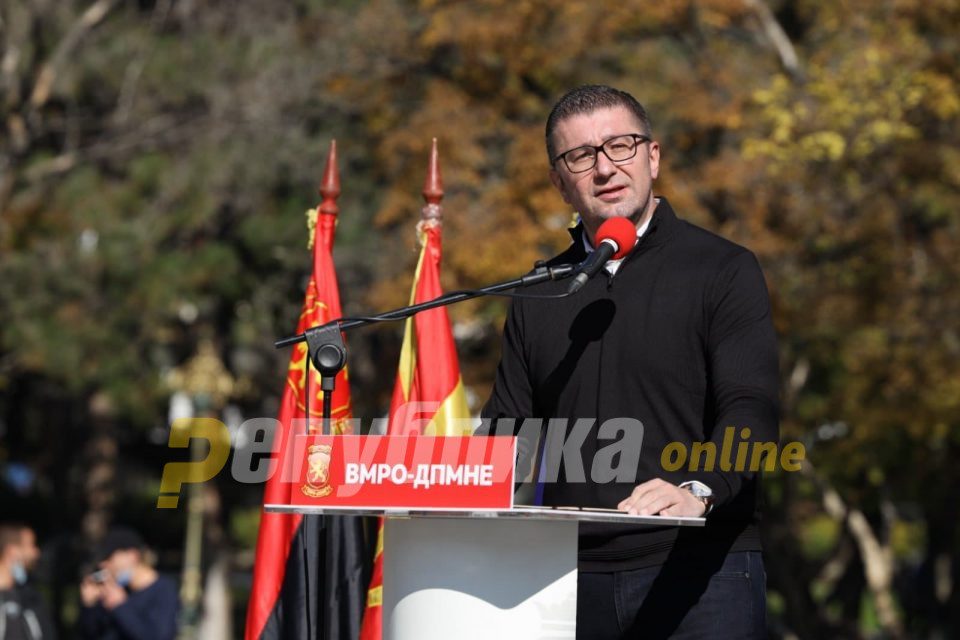 We need Macedonian national unity because there’s not enough of us to divide ourselves any further, said VMRO-DPMNE President Hristijan Mickoski during his remarks on the national holiday dedicated to the founding of the VMRO national liberation organization. Mickoski said that this is the reason why VMRO-DPMNE called for a meeting of party leaders on the latest round of demands from concessions coming from Bulgaria.

We must show unity on key national issues, we must have red lines we will defend shoulder to shoulder. No good will come from having us humiliated, even to those who will cash in on the humiliation. Their children will live in an assimilated and humiliated country, we can’t allow it, Mickoski said.

VMRO supporters drove in a convoy from Skopje to Stip yesterday, along the Goce Delcev highway, and down to the historic Novo Selo where Delcev worked as a teacher and was organizing the movement for liberation of Macedonia.

Mickoski dismissed comments from the ruling SDSM party that the opposition is “against the EU” because it is not willing to accept the concessions that EU member states such as Greece and Bulgaria demand.

Our future is in the EU and this Government is the least pro-European we’ve had. We saw how they steal money from the EU, how they make corrupt deals with anti-NATO businessmen in Tetovo, while we will move the integration forward. Macedonia needs strategic friendship with our strategic partners, and not treasonous deals with our strategic interests, Mickoski said.