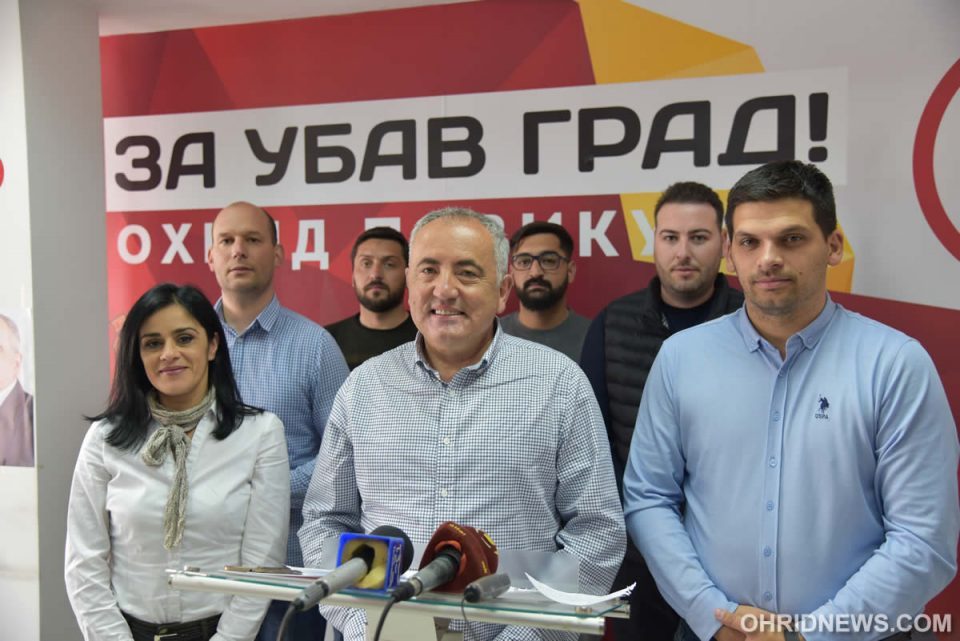 The candidate for mayor of VMRO DPMNE dr Mitre Miloshevski, who will run in the second round of extraordinary local elections for mayor in Ohrid together with SDSM candidate Konstantin Georgieski, believes that the difference in votes between these two options from the first round can be compensated with more work on the ground, all the more as the second round starts from scratch.

He congratulated his opponents who did not place in the second round, Mihail Trendafilov Nance, Stevce Stevovski and Xhemal Mena for the won over 3,000 votes, noting that they are moral winners.

In this election there were over 1,000 invalid ballots and I think the MEC and the SEC should significantly work on the education and media actualization of this problem. The difference in the votes won between the candidates Siljanovska Davkova and Pendarovski shows that we must work harder on the ground together with VMRO DPMNE. We will do this and prove that our concept of “Beautiful city” is the only one that can take Ohrid out of this state. We must strongly motivate the members and supporters of VMRO-DPMNE to go out massively and support the concept of “Beautiful City”, said Miloshevski.