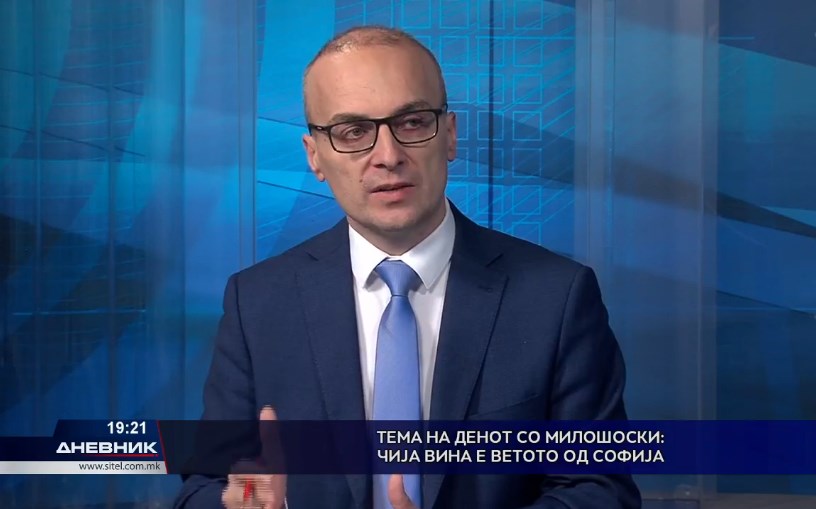 Osmani did not respond to the key request today, and that is to share with us the documents that in December last year the Ministry of Foreign Affairs sent as official answers to Sofia regarding the 5 +1 package. Since the MPs are the ones who elect ministers, the ministers should come to the Parliament to show democratic manners and share the documents with us as MPs, VMRO-DPMNE MP Antonio Milososki told TV Sitel.

Milososki says that if it is a draft document, then the MPs can give suggestions on how to finalize and improve it and be in accordance with the adopted Resolution, but since they are hiding it, there is a suspicion that it is outside the Resolution.

The fact that Osmani confirmed that there is such a document sent to Sofia, and he does not want to share it, means that someone needs to hide it, and today he raised the suspicion that the behind-the-scenes talks contain something that goes beyond the Resolution. We express concern that we should not be brought before the final act to have a document that is take it or leave it, in which no intervention can be done, said Milososki.

He also reminded of the statement of Pendarovski who subtly mentioned in an interview on national television, that maybe some agreement will be passed by a simple majority, knowing that the government does not have a two-thirds majority.