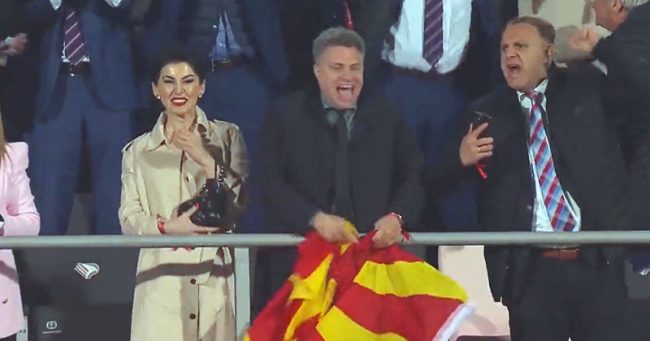 After days of misinforming the public and avoiding the press, Justice Minister Nikola Tupancevski finally acknowledged that he did not pay for the airfare to Palermo, to attend the Macedonia – Italy football match. Tupancevski initially claimed that he paid for the trip. After prosecutor Fatime Fetai, who was in his company, showed her receipts, and it was determined that she only paid after the scandal broke, Tupancevski tried to avoid the public and refused press calls.

He was eventually confronted by A1on, whose reporters asked about the scandal. Tupancevski acknowledged that the plane ticket was paid by the Football Federation of Macedonia and that he was a guest on the trip. He added that he will not resign, even though he was caught lying to the public.

The Minister admitted that he got a free plane ticket and VIP ticket for the match: Tupancevski paid only for the accommodation after returning from Palermo

Fatime Fetai says she was in Italy at her own expense: I always pay for costs related to football games