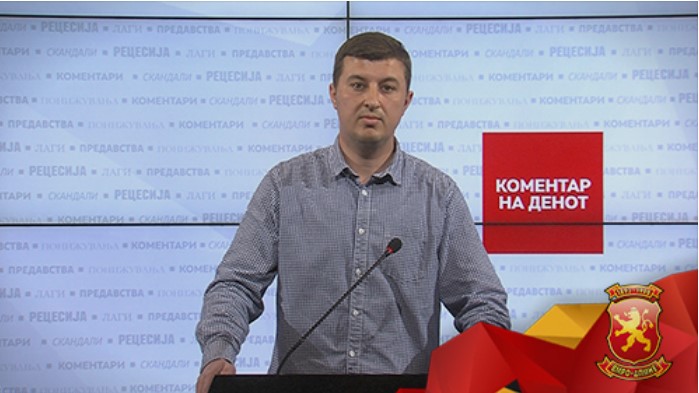 At a time when the Republic of Macedonia is facing the catastrophic consequences of the Covid-19 pandemic, when 55,000 people lost their jobs, the employees of the businesses that are now closed are being laid off and do not know how they will make ends meet, we have over 4,100 deaths, the cost of treatment is getting higher, we do not have a single vaccine provided, Aleksandar Naumoski signed an agreement for 40 new party temporary employments in the municipality of Gjorce Petrov, something that will cost the citizens fantastic 9,600,000 denars, said Slavco Misajleski, councilor in the municipality of Gjorce Petrov.

According to him, since Aleksandar Naumoski has been the mayor of the municipality of Gjorce Petrov, he has increased the number of regular employees by 50%. Still SDSM activists must be paid, so all those who receive a salary and sit at the headquarters will be paid with our money, almost 10 million denars, Misajleski said, adding that in his four-year term, Aleksandar Naumoski has spent 45 million denars for temporary employments.