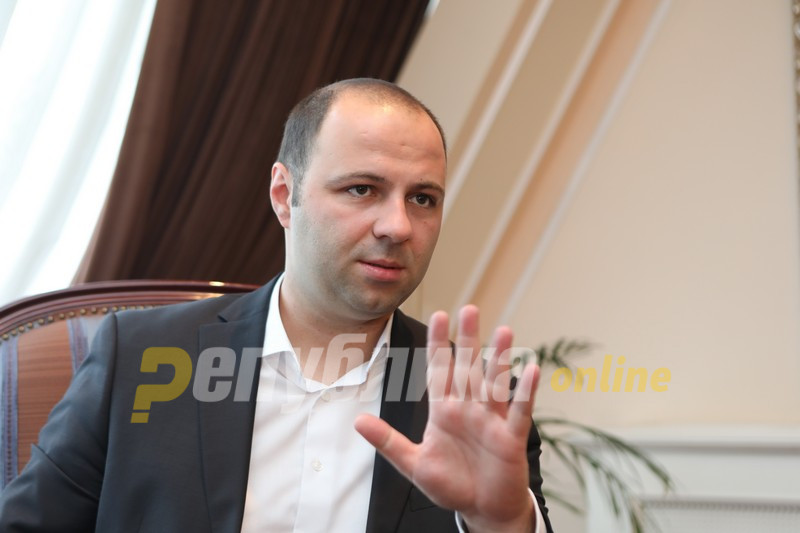 Corruption scandals, racketeering and trading with law and justice are a huge hindrance to this government and will be marked as a new precondition for the European perspective, says VMRO-DPMNE Vice President Vlado Misajlovski in an interview with Vecer.mk, who believes thar the chances to join the European family in September are very slim.

Misajlovski thinks there is only one way for this government to show that it has European values, which is a collective resignation.

Commenting on the “Racket” case and the tapes published by the Italian newspaper La Verita, the vice-president of the opposition party says this is the biggest scandal of any government so far in our history, in which we could see, but also hear trading with the law and to what extent this octopus is spread.

It is obvious that the whole persecution of the government towards the opposition is to raise a smokescreen towards VMRO-DPMNE, but as the lynching of the opposition continues, under the screen is spread the octopus of crime and racketeering of this government that is happening everyday in the Republic of Macedonia. Only a few months ago a member of the EC and a member of the Central Committee of VMRO-DPMNE were detained as well as other officials for minor charges, but on the other hand, we see that in every possible way in the Racket case they try to cover up this case. Whether Katica Janeva will be a scapegoat in order not to get to the top and cover the entire octopus will be the main outcome of the events that will be the most important topic in the coming period, he said in the interview.

Misajlovski: The voice of the people is to reduce the price of electricity, this Regulatory Commission must resign