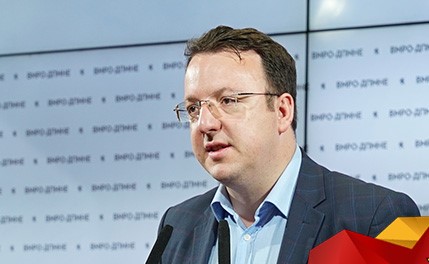 DIscussing the latest revelations in the Racket scandal, VMRO-DPMNE Vice President Aleksandar Nikoloski said that the leaked audio tapes point to how SDSM party leader Zoran Zaev was the key person involved in the extortion of a medical provider. Nikoloski was debating SDSM Vice President Radmila Sekerinska, who denied that her party is involved in this latest racketeering scandal.

Doncev is childhood friend with Zaev, I think they’re even related. It’s clear why he was appointed as head of the Healthcare Fund. There was a constant stream of blackmails and racketeering, but now people are deciding to speak up. Others will find their courage after the elections. This is the first time we’ve seen a politician pick up an envelope with money, put it in his bag and you act like nothing happened. Zaev even defends Doncev and tries to protect him, Nikoloski said. 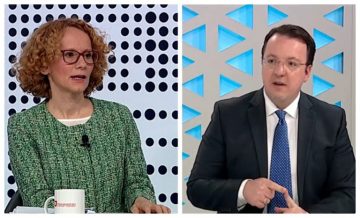 The VMRO official pointed to the fact that SDSM officials and Zaev’s relatives in his stronghold of Strumica have all the sudden bought Porsches, Maybachs and Bentleys. Nikoloski faces off with Zaev directly, at the coming elections, where they both lead the opposed lists in the 4th district, and he said that this open corruption, visible to all citizens of Strumica, as well as the lack of investments in the region, will guarantee a VMRO win on Zaev’s turf.