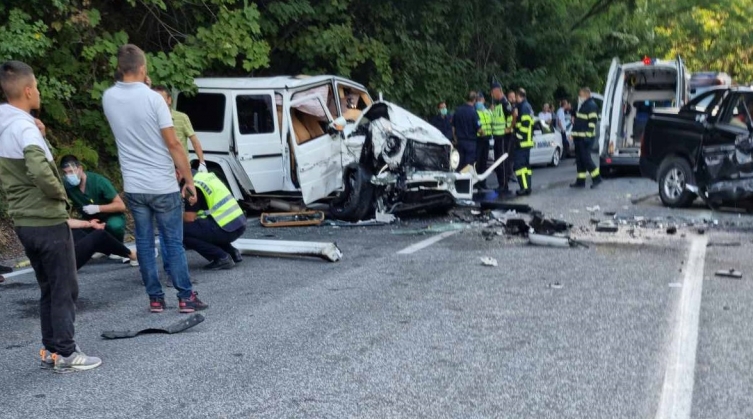 The Interior Ministry confirmed the involvement of major crime figure Zoran Mileski – Zoki Kiceec, in the traffic accident yesterday afternoon on the Gostivar – Kicevo road in which one person was killed.

The Ministry informed that a person with the initials Z.M. was driving one of the three vehicles that participated in the crash. Kiceec was accompanied by two Serbian citizens in his luxury Mercedes SUV. Two persons in a BMW were also injured while the driver of the third vehicle involved, a 34 year old small entrepreneur from Gostivar, was killed.

Kiceec is supposed to be serving out a three year sentence for his involvement in the major Racket scandal. But, due to his close ties to the Zaev regime, he was allowed to serve it out in an open style prison, and even then, Kiceec was given a month long furlough. The Interior Ministry did not yet assign blame for the accident, although the opposition VMRO-DPMNE party warned that the presence of agents of the ANB security service at the scene indicates that there is an attempt to pressure witnesses and to deflect blame away from the powerful mobster.