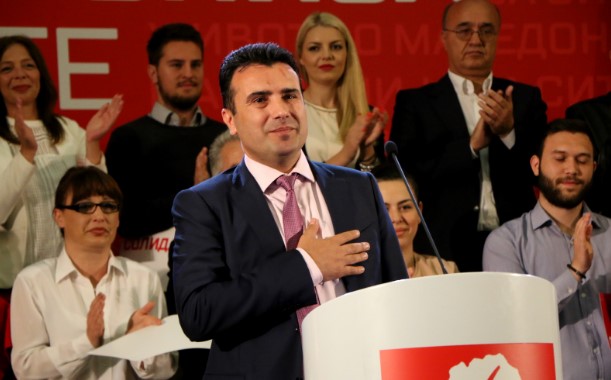 After days of silence, the outgoing prime minister responded Friday when he reported the “Racket” case to the public prosecutor’s office. He claims that he did it on April 22 this year.

But Zaev did not submit any written document on whether he really did it in support of his claim.

Aleksandar Nikoloski, Vice-President of the main opposition VMRO DPMNE party, said earlier on Friday that outgoing Prime Minister Zoran Zaev is running away from answering whether he has actually reported the “Racket” case.

A week ago I asked Zoran Zaev to show the note from the report of the “Racket” case. Namely, his PR team claims that he first reported the racketeering, if that’s the case, let him show the note from the report. After my persistent insistence on Monday, he said that he should check the agenda of the day and where he reported “Racket”. So I publicly ask him does he need five days to check when he did it? Can’t check his own agenda for five days? So no one believes these lies anymore, it is transparent… It is clear that he is running away from the answer because Zoran Zaev did not report “Racket”. After a week that is the conclusion and the truth about “Racket”, Zoran Zaev did not report it because he himself is at the top of the pyramid, Nikoloski wrote on Facebook.

Nikoloski: Zoran Zaev didn’t report “Racket” because he’s at the top of the pyramid