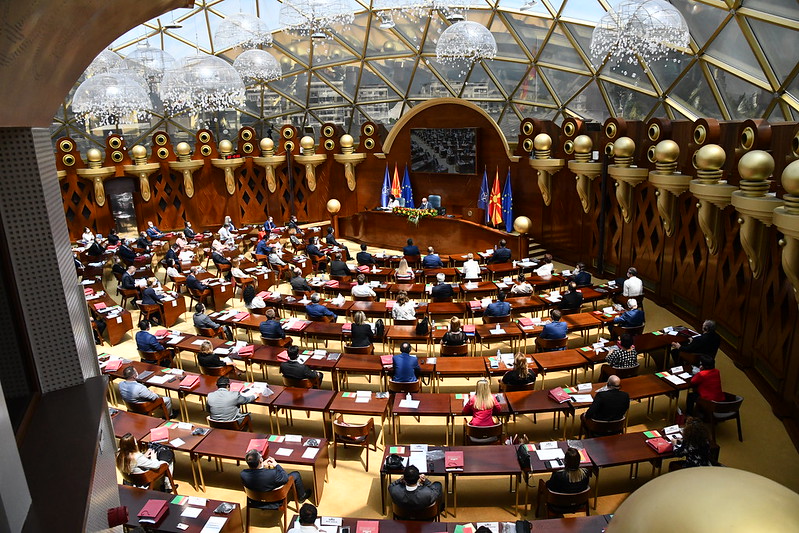 The Macedonian Parliament voted 62 to 44 yesterday to approve the nominees for deputy ministera. The SDSM – DUI – BESA coalition had its entire majority behind the proposals which include mainly ethnic Albanian candidates seconding for ethnic Macedonian ministers.

Baskim Hasani is named deputy Defense Minister, Nazim Busi will be deputy to Interior Minister Oliver Spasovski, and the former deputy in this department Agim Nuhiu will go to the Justice Ministry which is led by Bojan Maricic.

Fatmire Isaki is the deputy Foreign Minister, and she will work with Bujar Osmani, making it an all-Albanian led department. Dimitar Kovacevski is the new deputy Finance Minister and Zoran Manevski is going to the Economy Ministry. Former journalist Zoran Dimitrovski will be deputy in the department for Municipal Administration.