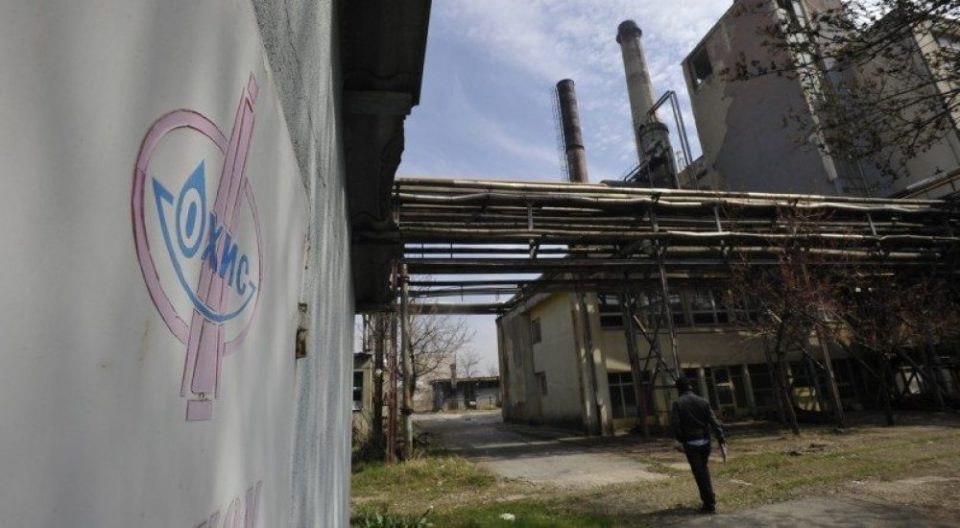 Environmental inspectors and police teams remain in the OHIS chemical factory, where a spill of methyl acrylate alarmed the near-by residents with the smell that was spreading from the factory grounds. A military unit specialized in hazardous material was also seen by the press entering and leaving the factory.

Environment Ministry inspectors are assuring the public that the ground was not contaminated further because the spill occurred in a concrete pool and the water mixed with the toxic material is now being collected in special barrels. The incident occurred while workers from a company hired to drain and package the old chemicals and ship them for treatment in Switzerland had an accident. A burst valve led to a major spill, with tons of water mixed with methyl acrylate spilling into the pool. The workers were cleaning the tank where the chemical was stored back in the days when OHIS was still a functioning factory.

The factory grounds are littered with similar tanks that contain badly antiquated chemicals. It is believed that the grounds are already extremely polluted and different plans are being considered on how to clean this otherwise densely populated part of the city. Residents living near-by are going to the social media to complain about the unbearable smell, and to announce they are evacuating until the crisis is resolved.

Methyl acrylate is highly toxic. It’s colourless but has a distinct smell and can cause severe irritation while breathing.