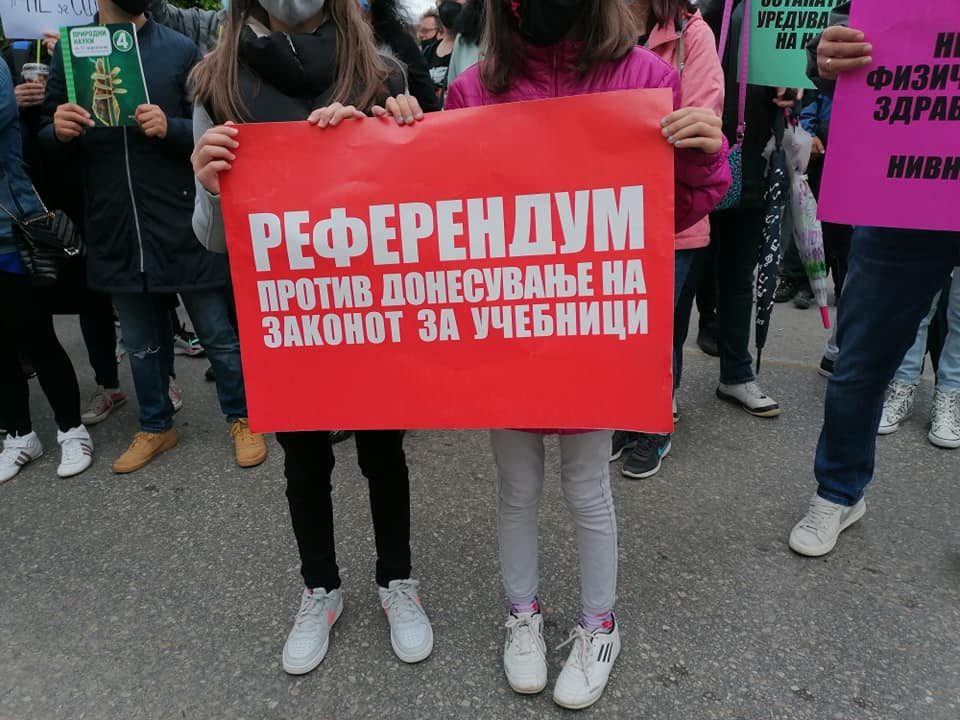 According to the announcements, the protests are scheduled in all cities at 6 pm in front of municipal buildings. A protest march will be held also in Skopje, which will start at the same time in front of the building of the Ministry of Education and Science, continue towards the Government, and end in front of the Parliament building where the parents will send their messages to the MPs.

On Tuesday, in just three hours, the parents collected the initial 100 signatures needed for a referendum, after last year the Parliament rejected their initiative as incomplete. Signatures were collected in the SEC regional offices in Bitola and Skopje.