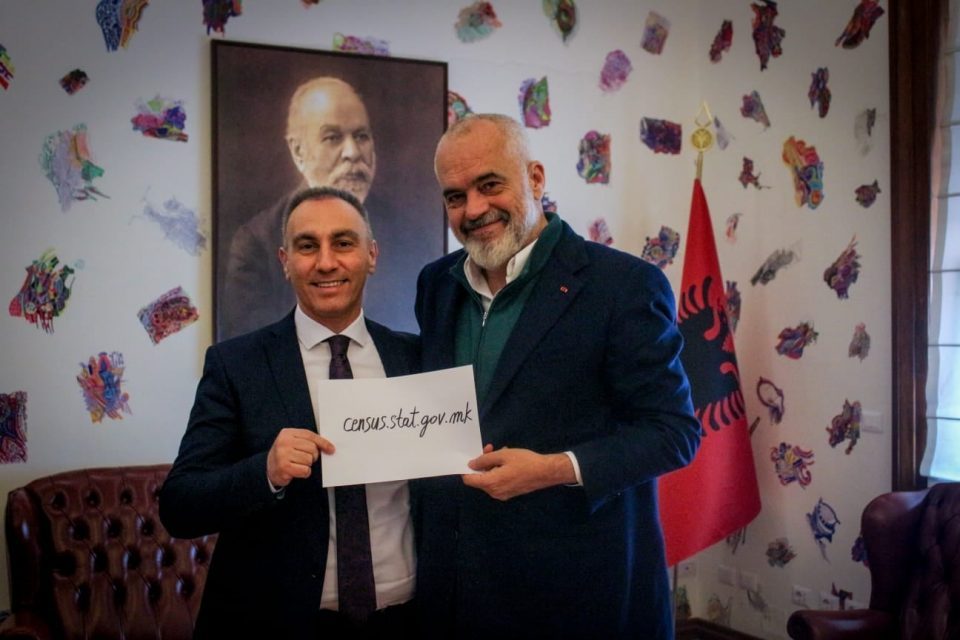 Zaev’s First Deputy Prime Minister Artan Grubi and the Albanian Prime Minister Edi Rama sent out a joint message to the ethnic Albanians in the diaspora to register as Macedonian citizens in the online census. Grubi and Rama posed together with the website where emigrants can register to the census.

Albanian parties in Macedonia are working hard to inflate the Albanian share of the population, after getting Zaev to accept that the census will include people who have long ago emigrated from Macedonia. Grubi and Foreign Minister Bujar Osmani are doing the rounds of countries with large numbers of Macedonian citizens who are ethnic Albanians and organizing them to register. So far, over 130,000 emigrants registered in the census. The State Statistics Bureau would not say how many of them were Albanians and how many Macedonians, but its head Apostol Simovski acknowledged that registration is low in Australia and Canada, where more Macedonians have emigrated. Zaev even sent out an appeal to Macedonian emigrants, calling the move to register – patriotic – but his rating in the diaspora is low after the numerous concessions on national issues and is unlikely to move many people.

Meanwhile, officials of Zaev’s Albanian coalition partner DUI are doing rounds of Switzerland, Belgium and other Western European countries, as well as of course, neighboring Kosovo and Albania, to drive Albanian registration rates. But even by their standards, today’s posing with the website from Grubi and Rama is blatant interference from a neighboring country in the process.