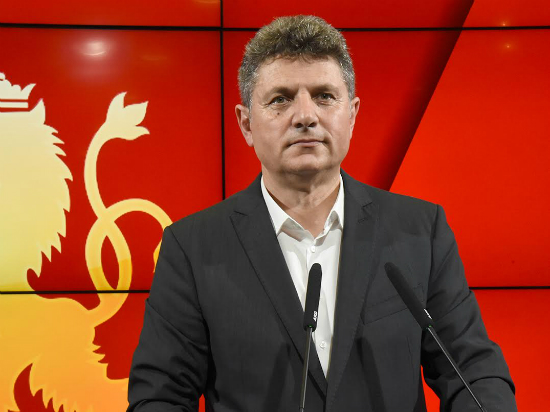 VMRO-DPMNE warns that changes in the enrollment process at the Academy for judges and prosecutors will allow the ruling SDSM party to pick and choose the next generation of people working in the judiciary.

The proposed changes to the law will undermine the merit process and will allow an interview before a Committee to account for 70 percent of the candidate’s grade.

This tells us that by June 2020 the Government plans to appoint some 100 prosecutors and judges who will be loyal to it. Zoran Zaev and his SDSM party don’t care about independent judges and prosecutors, only want to have a judiciary which will cover up their crimes and scandals, said VMRO-DPMNE member of Parliament Zoran Ilioski.

The Academy was created to ensure that only the best candidates will be put on track to become judges and prosecutors, but it now faces political pressure to water down its criteria.

Ilioski said that this includes the English language criteria. It used to be that Academy candidates had to provide proof of completing an internationally accepted English test, but now the testing is done by a company owned by a close friend of the Government’s Secretary General Dragi Raskovski.

Macedonian Academy expects the epidemic to peak in early May with 1.100 patients