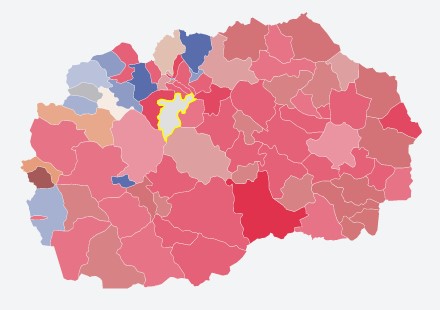 The State Electoral Commission published full mayoral results from five smaller, rural municipalities, as it continues to count the votes in the larger municipalities after the local elections on Sunday.

In Lozovo and Rosoman, the SDSM candidates lead ahead of VMRO, but not by a wide enough margin to avoid a run-off in two weeks.

The SEC also informed that it has received 286 official complaints from the political parties, for the voting in individual polling places, and accepted 217 of them.