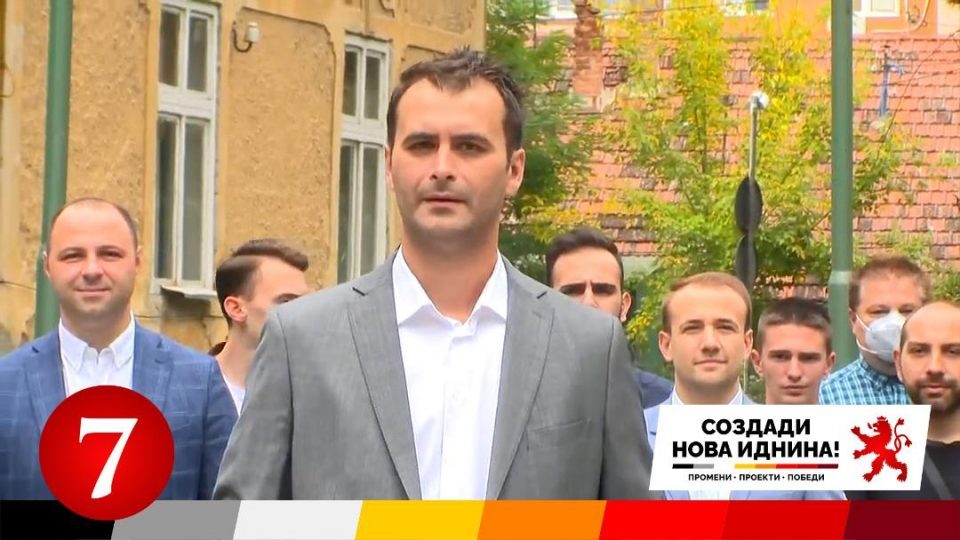 Aleksandar Stojkoski, VMRO-DPMNE’s candidate for mayor of Gjorce Petrov, presented Wednesday all key projects that are part of his election program.

He said that the program is a product of an intensive process of several months of visiting each settlement in Gjorce Petrov, getting acquainted with all the problems of the municipality, a product of direct conversations with the people of Gjorce Ptreov.

This program includes top professionals who are part of my team. Everything that emerged as a project offered in this program is realistic and achievable, and my goal is to make Gjorce Petrov a modern and urban municipality, as the people of Gjorce Petrov love and deserve, Stojkoski said.

One of his priorities will be the “Gjorce without mud” project which includes paving all unpaved streets and reconstruction of existing streets that have dilapidated over time.

He says that it is a leading project because this issue was pointed out by most of the citizens, especially in the rural part of the municipality, but also in the urban parts, that especially in autumn and winter makes the daily life of the people of Gjorce Petrov harder. It is something that must change and it will happen through this project that would be a significant victory for these people, he added.

Stojkoski also announced construction of sewerage network in some parts of the municipality having this issue and pledged to resolve the water issue in the Kuckovo settlement.

Moreover, he said that his program also envisages construction and reconstruction of streets, parks in every neighborhood, solving the landfill issues and setting up new green areas.

With these projects, the municipality will get a completely new face and will grow into a modern and urban municipality in which all citizens will be satisfied, he said.

The candidate for mayor of Gjorce Petrov said they also planned many projects for sports and young people and for that purpose, financing of sports clubs on the territory of the municipality is envisaged, with special emphasis on young and talented athletes.

He pledged to renovate all children’s playgrounds and built new ones.

We also envisage many projects in the field of social policy. For that purpose, construction of at least two new kindergartens is planned, one of which in the urban community Gjorce Petrov, and the other on the section Novo Selo – Stopanski Dvor, as well as extension and expansion of the accommodation capacities of the existing kindergartens, he said.

As regards projects in the economy, he said that full functionality of the industrial zone is envisaged, through the construction of the necessary infrastructure, in order to attract new and active investors.