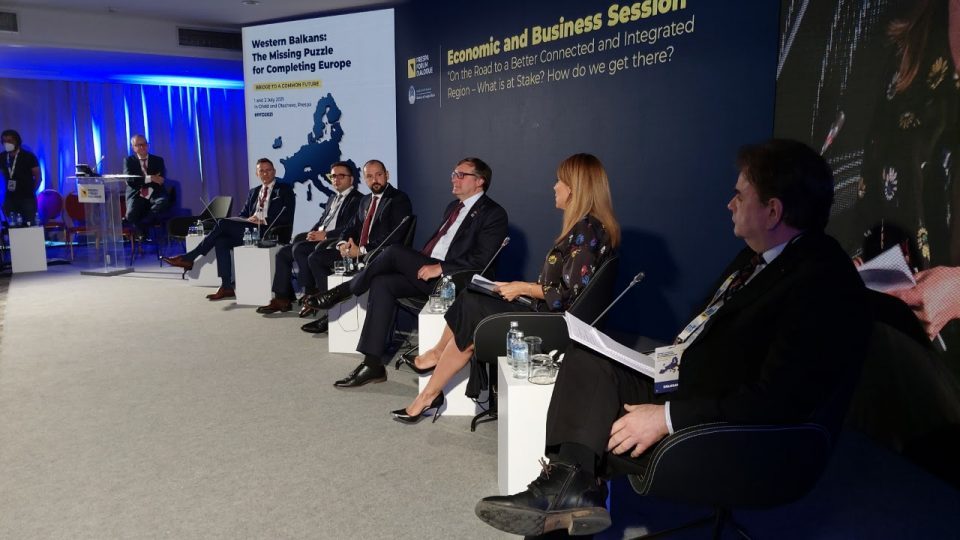 A number of high profile international supporters of the Prespa Treaty are gathering for the Prespa Forum Dialogue that is held in Oteshevo and Ohrid over the next two days. American and European diplomats and officials gather with representatives of the Zaev regime and think tank people and journalists, at a time when Macedonia is facing a new blockade – this time from Bulgaria.

American diplomat Matthew Palmer opened the conference by expressing his disappointment in this turn of events, warning that American geopolitical competitors are trying to undermine the credibility of the US and the EU in the Balkans. In a message to Bulgaria, Palmer expressed hope that America’s European allies share the vision of Euro-Atlantic integration of the Western Balkans.

Palmer warned about the high level of corruption in the region, insisting that when political leaders steal from their citizens, they undermine the country’s democracy and the rule of law. The Biden – Harris administration just issued a renewed executive order, as a warning to politicians who would undermine the Prespa Treaty, but also to those steeped in corruption.