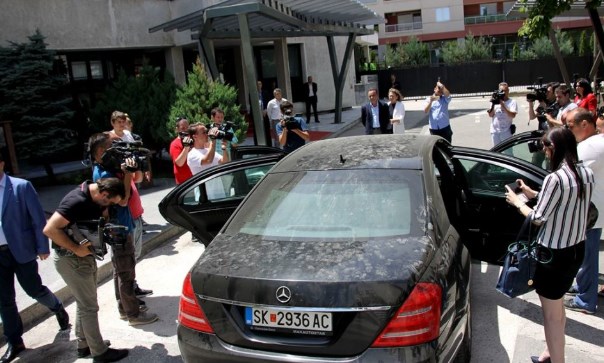 The Supreme Court rejected the appeals of the convicts in the “Tank” case Nikola Gruevski, Gjoko Popovski and Gordana Jankuloska and upheld the verdicts of the Skopje Court of Appeals.

The second instance court reduced the sentence of the former Assistant Minister of Interior, Gjoko Popovski, from six and a half years to four years in prison and he is serving his sentence.

Former Prime Minister Nikola Gruevski is the second defendant of inciting the crime and sentenced to two years in prison.

The Skopje Court of Appeals, after partially accepting the appeals of the defendant Gordana Jankuloska, reduced her prison sentence from six to four years.

The three were convicted over the purchase of a luxurious Mercedes vehicle in 2012.