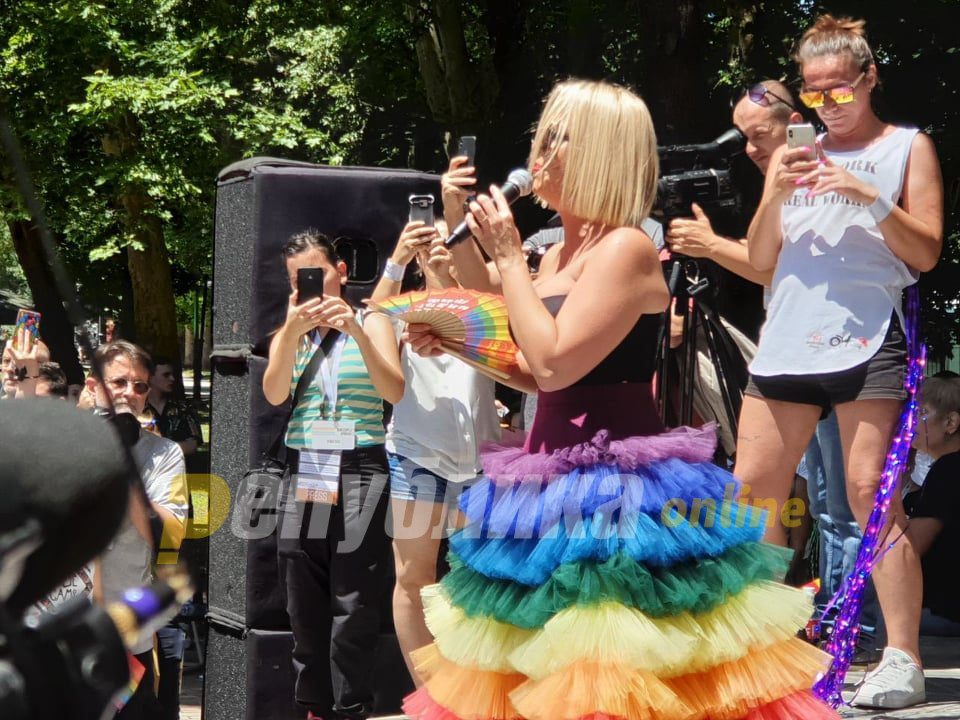 Journalist question: What is your comment on yesterday’s US Independence Day reception, where during the performance of Macedonia’s national anthem the part with the names of Goce Delchev, Pitu Guli and Dame Gruev Sandanski was left out?

Answer: VMRO-DPMNE strongly condemns the incomplete intonation of the Macedonian national anthem and the omission of the Macedonian heroes contained in the original text of the anthem. It seems that Tamara’s performance of the national anthem was a way of pleasing the wrong policies of Zoran Zaev created in the past period and at the expense of state and national interests, and this time the Macedonian-American friendship, which of strategic importance for the long term development of our the Republic of Macedonia. It is unacceptable to toy with our history, national feelings and the markings of our identity. It is good that Tamara apologized, but we must condemn the atmosphere created by the Government and the Prime Minister, who shamelessly endangered the symbols of our identity. Unfortunately, with this government, we have become a society that brings into question the holiest feelings of the Macedonian people on a daily basis.

Journalist question: Do you see this as measuring the pulse of public opinion for a new possible version without these names?

Answer: As we heard Tamara apologized, an apology came from the government as well, however, many apologies came from members of the government and from Ilindenska No. 2, there were also apologies from the US Embassy. I said it may be a mistake, but it should be condemned the incomplete intonation of the anthem, and all this in this period of a created atmosphere where all identity issues are questioned.