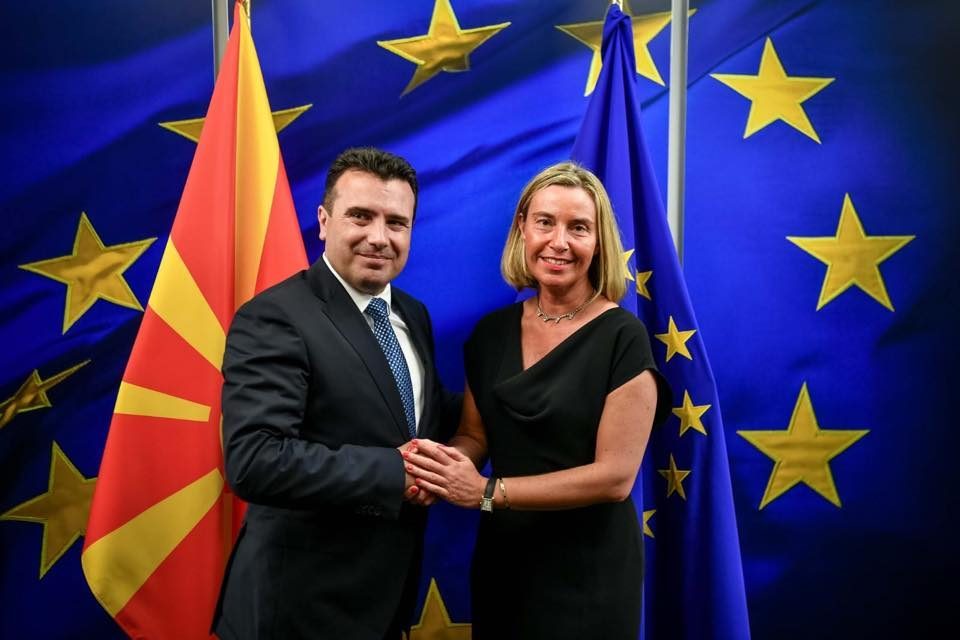 EU High Representative for Foreign and Security Policy Federica Mogherini said last week that the EU now faces North Macedonia, which resolved the name dispute with Greece. But the Austrian “Die Presse” newspaper writes, citing a European diplomat, that that argument is weak.

The name change has never been a condition for enlargement, but only for NATO membership, the European diplomat said, adding that the reform process in Macedonia and Albania does not go well.

“Die Presse” reported Wednesday that several EU member states are against the start of membership negotiations for Macedonia and Albania. According to the paper, EU ambassadors will convey this message to EU Enlargement Commissioner Johannes Hahn at the regular weekly briefing. As the decision comes with a consensus of the 28 member states, it is ruled out that the two Western Balkan countries will make a step forward towards the EU, the paper said.
The paper also says that even the latest visit by Zoran Zaev to Brussels changed nothing.

Die Presse: Zaev’s visit to Brussels changed nothing, no EU accession date for Macedonia and Albania

France and the Netherlands are the main opponents to the opening of accession talks for both countries.

I hope that the external pressure on Bulgaria regarding Macedonia will work, Mogherini tells BTV