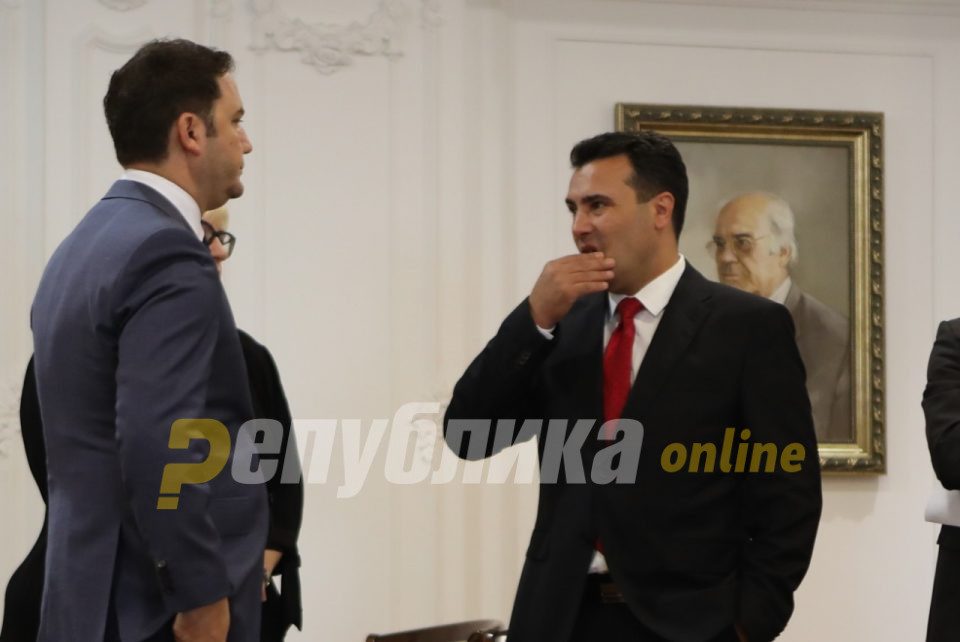 The opinion of the Venice Commission, which found serious issues with the law making Macedonia a bilingual country with both the Macedonian and the Albanian language as official, caused a rift in the SDSM – DUI coalition.

Deputy Prime Minister Bujar Osmani from DUI, who unsuccessfully defended the law before the Commission, said that the bilingualism law will remain intact despite the opinion of the Venice Commission. He even threatened the future stability of the country, saying that if the law falls, it will re-open the issue of the 2001 Ohrid peace treaty that followed the civil war sparked by Albanian terrorists.

Any one-sided movement in the balance of Macedonian – Albanian relations, which were achieved with a lot of hard work, will open the magical circle and spiral that will set as aside from the road we are going on. Would this mean that in the future Macedonian constitutional judges can outvote the Albanian ones? Or if the Parliament can make decisions without the approval of the ethnic minority representatives? This will bring down the axis on which we balance the Macedonian – Albanian relations, Osmani said.

Contrary to his opinion, the outgoing Prime Minister Zoran Zaev said that he will respect the decision of the Venice Commission and that changes will be made to the law.

The Justice Ministry is responsible to revise the law in a specific way as outlined by the Venice Commission and bring it back to the Parliament, Zaev said.

And his main deputy, Defense Minister Radmila Sekerinska, said that she sees the Commission’s position on bilingualism in the judiciary as its main objection.

On the other issues the Commission has a more liberal position. This gives us hope to work to come up with good solutions, Sekerinska said.

Zaev’s coalition is largely based on the 2017 Tirana platform in which Albanian parties, led by Albanian Prime Minister Edi Rama, set forward their demands and the law on the use of the Albanian language was one of them. The law goes far beyond the limits provided in the Constitution and is yet to be put forward before the Constitutional Court.

Together we achieved bilingualism, implemented the declaration of the Albanians