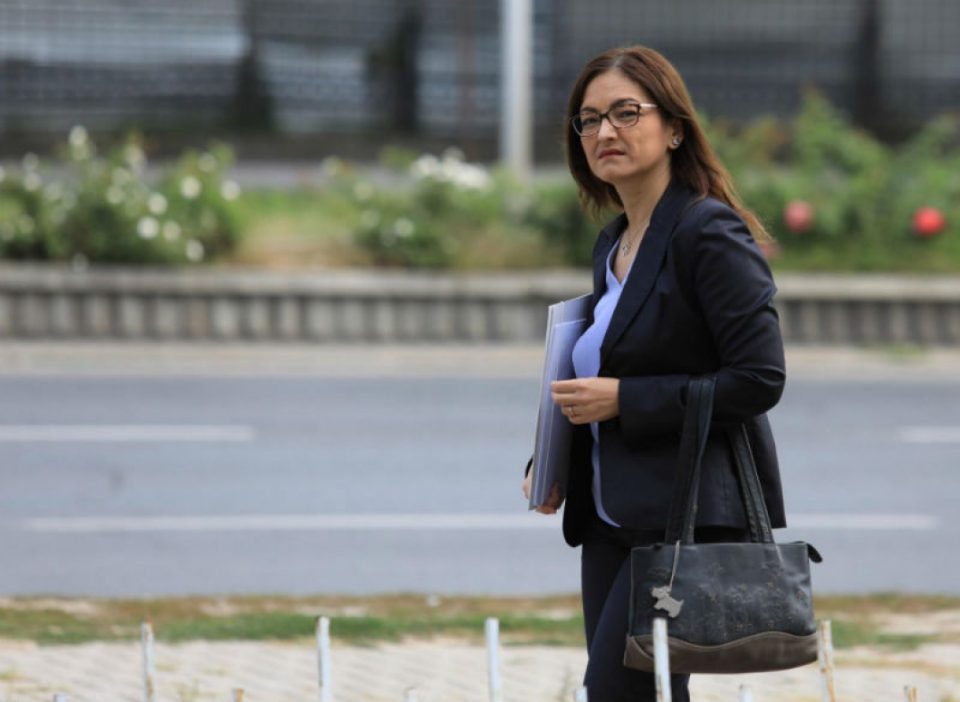 The flight of former UBK director Saso Mijakov caused anguish among the former “colored revolutionaries” – leftist activists who supported Zoran Zaev and his protests in 2015 and 2016, insisting that they will lead to “justice” in the numerous allegations Zaev made against the VMRO-DPMNE leadership.

The much promoted “restoration of the rule of law” campaign backfired spectacularly. The Zaev friendly Special Prosecutor Katica Janeva did file dozens of charges against top VMRO officials, including Saso Mijalkov and Nikola Gruevski, but in 2018 it was revealed that she herself was using the charges to extort money from businessmen. The details of the most notable such case, which included Mijalkov as a defendant, were made public and Janeva was sentenced to seven years in prison. Zaev himself was widely believed to have been involved in the extortion, but the prosecutors did not investigate the case beyond Janeva.

Meanwhile, Gruevski left the country for Hungary where he received political asylum. A group of VMRO members of Parliament who were charged with “terrorism” over the April 2017 incident in the Parliament, or had children, relatives, friends charged with various crimes split with the party and joined SDSM to vote in favor of the imposed name change in exchange for pardons. The move by this “Gang of Eight” was apparently coordianted by Mijalkov and earned the former secret police chief a lot of credit with Zaev. Colored Revolution activists acknowledged that this violates their principles, but insisted that the name change and the subsequent NATO membership were worth sacrificing their ideals.

Mijalkov continued to support Zaev by trying to create factions in VMRO-DPMNE, which meant more impunity for him and a small group of politicians turned businessmen around him. Meanwhile, those with no leverage were sentenced to prison – a group of protesters who entered the Parliament during the April 2017 incident, former Interior Minister Mitko Cavkov who led the investigation into Zaev’s corruption, and lesser known Interior Ministry officials.

The complete failure of the Colored Revolution and the judiciary to build cases and then deliver on them turned into mockery as the most frequent target of their investigations now is former Transportation Minister Mile Janakieski. He was released from prison after a detention order against him and another minister Spiro Ristovski led to their vicious beating by Albanian terrorists, but remains in house arrest. The cases against Janakieski are so numerous that whenever the Zaev regime faces a bad PR day (which is often) the joke on social media is that “they are going to arrest Mile again” to cover it up.

Wife of political prisoner Mile Janakieski asks: Is your “fight for justice” reduced to arresting my husband?

This leaves former Interior Minister Gordana Jankuloska as the only top VMRO-DPMNE official who is serving out a sentence for one of the many cases that Zaes used to whip up the Colored Revolution. The case itself is mundane – the Ministry purchased an armored vehicle and prosecutor Janeva claimed violations of procurement procedure to go after Gruevski and Jankuloska. This is the case over which Gruevski was facing prison when he left the country for Hungary.

Jankuloska gave birth to her firstborn son while the trial was on-going, which postponed the serving of the sentence, but in September she was eventually ordered to the Idrizovo prison, to serve out a four year sentence.

This is why the news of Mijalkov’s disappearance yesterday evening was met with universal calls, from the left and from the right, to release Jankuloska and the April 2017 protesters from prison. Mijalkov’s flight is widely assumed to have been arranged with Zaev, given the services Mijalkov provided the regime lately, and there is dominant sense that this is the final perversion of the rule of law.

I would release Gordana Jankuloska. Obviously she was the only one with enough courage not to run away. She came to serve out her sentence. And apparently she hasn’t stolen that much to secure herself a comfortable life in hiding, said professor Mirjana Najcevska, one of the more outspoken Colored Revolution supporters. Her comment is typical of the many other disappointed former Zaev supporters who focused on Jankuloska’s imprisonment for a procedural matter as unacceptable now, in light of the failure of the regime to deliver on the many many other cases that were waved in front of the public during the 2015 protests.