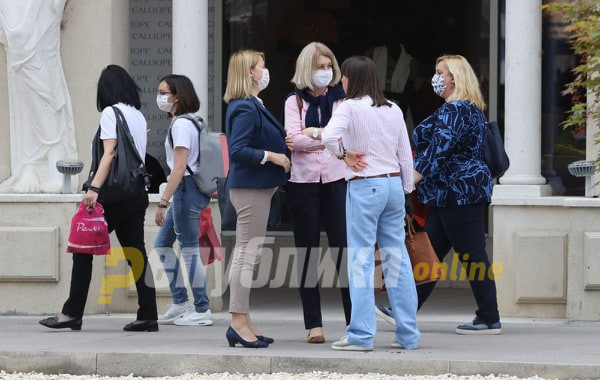 Another department for Covid-19 testing is set to open this morning, near the Ministry of Health and the Institute of Public Health, which will speed up the procedure of taking swabs and reduce crowds, as well as waiting queues. During the day, it will be known whether the legal changes involving wearing face masks outdoors, a ban on groupings of more than four people in public space after 22:00 (parks, public areas), as well as limiting the number of home guests to a maximum of four, will be passed.

As announced by the Minister of Health, Venko Filipce and the President of the Commission for Infectious Diseases, Zarko Karadzovski, there are plans to open a corona testing point in Gjorce Petrov, and by the end of this week it will be known whether COVID-10 tests would be carried out in private laboratories, at the expense of the Health Insurance Fund.