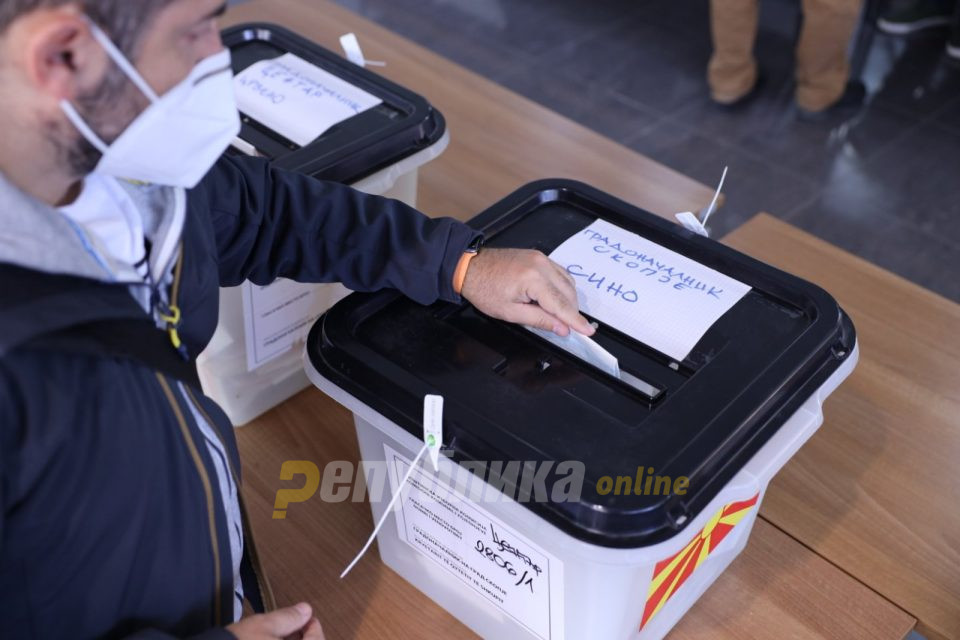 The State Electoral Commission informed that turnout in the second round of the local elections by 17h reached 42,85 percent. This indicates that the higher than expected turnout during the day when it was about 4 percent higher than in the first round two weeks ago, is slowing down in the afternoon. Turnout at 17h in the first round was 41.5 percent.

Some smaller, rural municipalities, like Vevcani, Konce and Rankovce, lead the country with turnout of 71 percent. Lowest turnout was recorded in Saraj, which could be crucial in the mayoral race in Skopje, wher eonly 23.41 percent voted. In Shuto Orizari, north of Skopje, turnout was 28.48 percent and in Bogovinje near Tetovo – 30.23 percent.

Large urban centers in the capital Skopje continue to have high turnout, especially Karpos, which also elects a local mayor, where 47 percent voted by 17h.