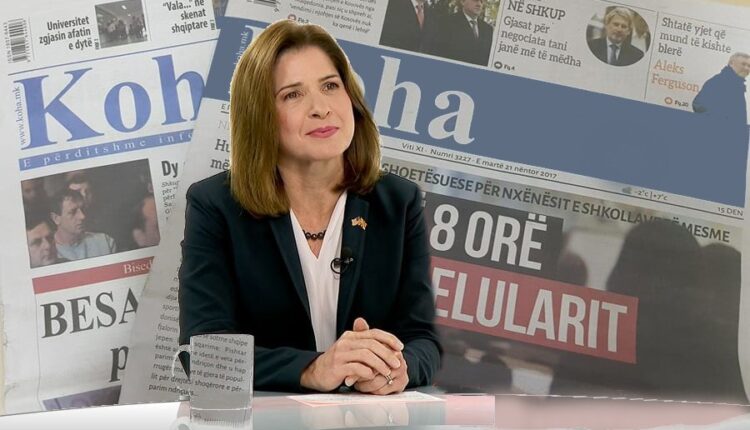 Despite the inconclusive outcome of the elections, US Ambassador to Macedonia Kate Byrnes said that she expects that a new Government will be formed within the provided deadlines, and as soon as possible. Before the vote, Byrnes called on the country to go ahead with the elections, even though many citizens were not prepared to vote in the midst of the coronavirus epidemic, saying that it is important that a legitimate and political Government is formed.

In an interview with the Albanian language Koha newspaper, Ambassador Burnes said that she expects that the parties will get together and honor the deadlines. She cited the epidemic and other important problems Macedonia is facing as a reason why it needs a new Government. President Pendarovski is expected to give the mandate shortly after the Parliament convenes on August 4, and the mandate holder than has 20 days to form a coalition. The elections left the two main parties, VMRO and SDSM, evenly split and neither has a clear shot at forming a Government.

Asked about the demand from the DUI party that an ethnic Albanian is named Prime Minister, Ambassador Byrnes said that under the Constitution it is a possibility.