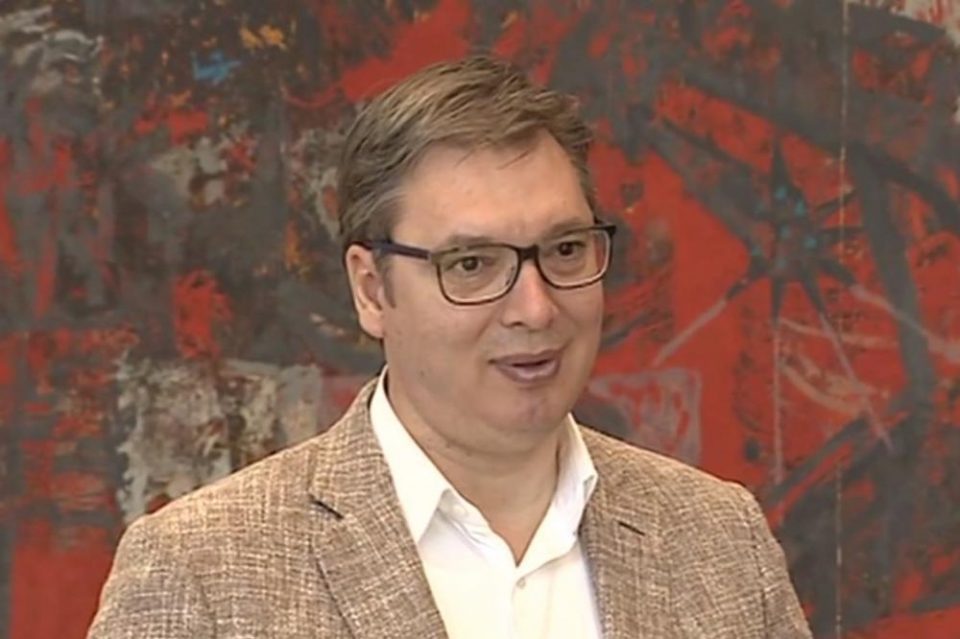 Serbian President Aleksandar Vucic says Macedonia has done everything it can to flatter Germany as the most powerful force in the European Union. Vucic commented on TV Prva on the statement of Macedonian President Stevo Pendarovski that he was against the idea of the idea of correcting the borders between Belgrade and Pristina and said that at his inauguration he asked Macedonia not to make statement on Kosovo.

The only thing I asked Pendarovski at the inauguration was: please beware, watch out not to talk about the topics on Kosovo and Metohija. Of course, contrary to my request, they did it to stand out and court the Germans, the Serbian president said.

Earlier, Serbian Defense Minister Aleksandar Vulin said that Serbia would decide how to solve the Kosovo and Metohija issues, and that nobody was asking for Pendarovski’s opinion.

He can freely remain silent in the language that no one recognizes except Serbia, and in other languages he can be even louder in silence because no one is asking for or accepting his opinion, Vulin said.