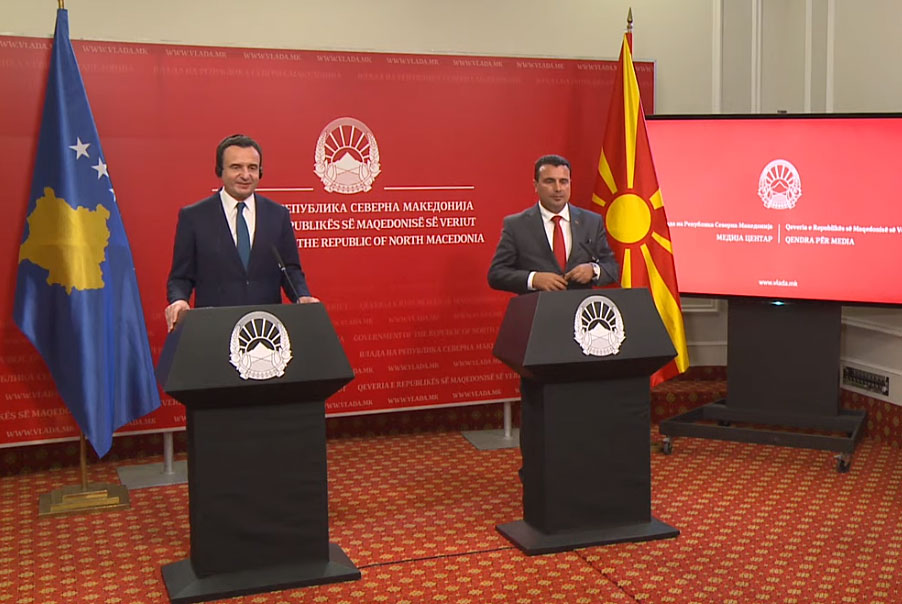 The Ministers of Justice of the Governments of Macedonia and Kosovo are in direct regular contact and they are cooperating on this issue as well, said Kosovo Prime Minister Albin Kurti, answering a reporter’s question when and whether Kosovo will extradite Afrim Ismailovic and Alil Demiri, defendants in the “Monster” case.

Kurti, at a joint press conference with Prime Minister Zoran Zaev, said his government had inherited “tragic cases and difficult cases from the past, which had specific and difficult processes”.

There are also other cases, which in my opinion are not fully clarified and for which we still do not have the full truth. We talked with Prime Minister Zaev that we need, not only support, but also international assistance, so that there would be justice for both countries, but also for the victims, so that justice would come to an end and the truth would be found out, Kurti said.