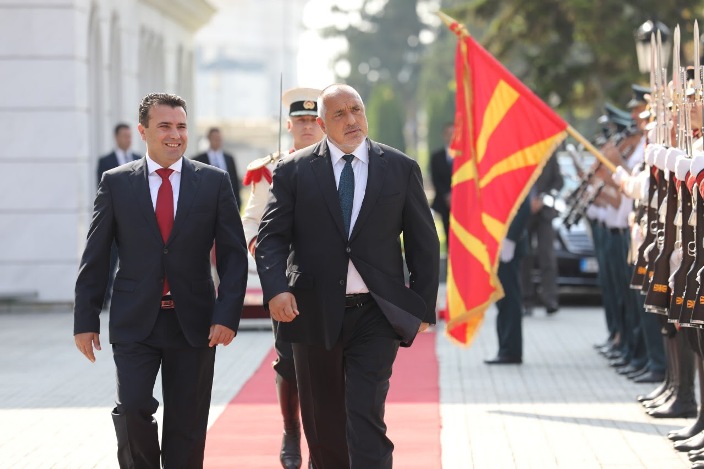 Prime Minister Zoran Zaev publicly offered to visit Bulgaria, even as the Bulgarian authorities appear unprepared to welcome him. Zaev said that he is in contact with the authorities in Sofia for his visit a month ago, and he dispatched his Foreign Minister Bujar Osmani there last week, only to be forced to acknowledge that the “visit didn’t go well”.

Bulgaria demands serious concessions on issues of national identity and history before it will allow the opening of EU accession talks for Macedonia.

I want to visit Bulgaria. I don’t hide it, it is my desire to have my first official visit to a neighboring country in my new term there, because of our friendship. I started my first term there and I believe that we had major successes in this period and I believe we will continue to do so, Zaev said.

The relations with Bulgaria are deteriorating as protests have weakened the Borisov Government, which has in turn responded by hardening its position on Macedonia. The Government is angry after a dispute over the rule of law in the European Parliament lead to calls that Bulgaria begins to honor international court verdicts that could lead to the recognition of a Macedonian minority in Bulgaria. Borisov angrily confronted Osmani with this fact, and Zaev later said that Osmani’s subsequent meeting with Bulgarian Foreign Minister Ekaterina Zaharieva “did not go well”.

Osmani’s statement only shows how unserious our Government is in the handling of diplomatic issues of vital national and state interest. We need a national consensus and clear red lines. VMRO-DPMNE has been urging this for an entire year. If Osmani denies Mickoski’s statement, then he should say what was discussed during his meeting with the Bulgarian counterpart? The public has the right to know if we are facing new concessions and new constitutional amendments made under pressure from Bulgaria, VMRO-DPMNE said in a press release. 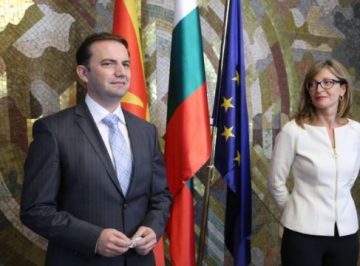 Meanwhile, the two teams of historians, from Macedonia and Bulgaria, met to discuss whether they can make any progress on the Bulgarian request that legendary VMRO hero Goce Delcev is declared by both countries to have been an ethnic Bulgarian. Initial reports indicate that the meeting also “did not go well”. Bulgarian historian Kiril Topalov, who is a member of the Bulgarian team, lamented the fact that, as he said, “all previous issues that were agreed have not reached the citizens of the Republic of Macedonia. That is absurd”, Topalov said. The Committee agreed that figures such as Tsar Samoil and Ss. Clement and Naum of Ohrid will be honored jointly by the two countries – a definition which Bulgaria considers a Macedonian acknowledgement that they were Bulgarians. But getting the Macedonian public to accept these statements is another thing altogether. 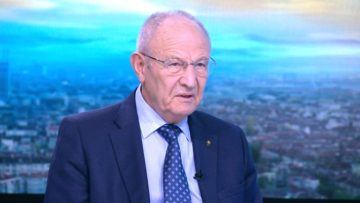 Professor Topalov stated that “a third of all Bulgarian come from Macedonia”, which is why Bulgaria considers Macedonia its “brotherly people”. But he complained that Macedonian parties conduct propaganda hostile to Bulgaria.