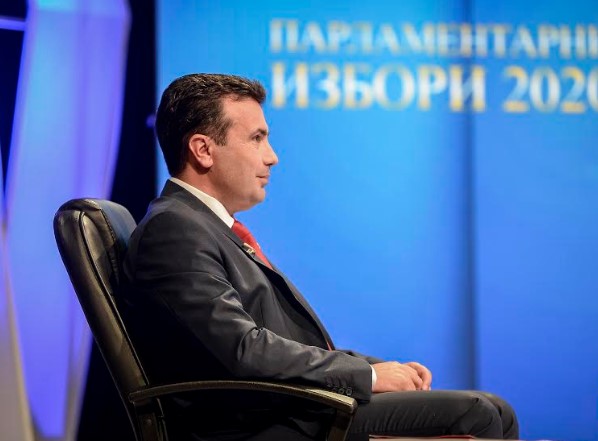 After expressing his readiness to form a post-election coaliton with DUI or the Alliance of Albanians, SDSM party leader Zoran Zaev is again insisting that DUI will have to go in opposition.Zaev was speaking to the dual Albanian – Macedonian language TV station Alsat – M, at a time when he is waging a serious fight with DUI for the Albanian vote.

The DUI position was largely one of blackmail and that is not good, Zaev said about DUI’s demand that an ethnic Albanian is made Prime Minister after the elections. “The voters will decide who gets to be Prime Minister. We worked well with DUI and had an understanding. But the citizens see through DUI. I understand why Ali Ahmeti engages in nationalist politics but the citizens see through him”.

Zaev even offered a deal with VMRO-DPMNEwhere they would support each other in forming a minority Government, depending on who wins the most votes, just to exclude DUI from the coalition and to put aside their request for an ethnic Albanian Prime Minister. But Zaev  has been changing his positions frequently, while VMRO-DPMNE President Hristijan Mickoski rejected the offer saying that people on Zaev’s own list are already offering to switch over to the VMRO side sensing Zaev’s defeat.