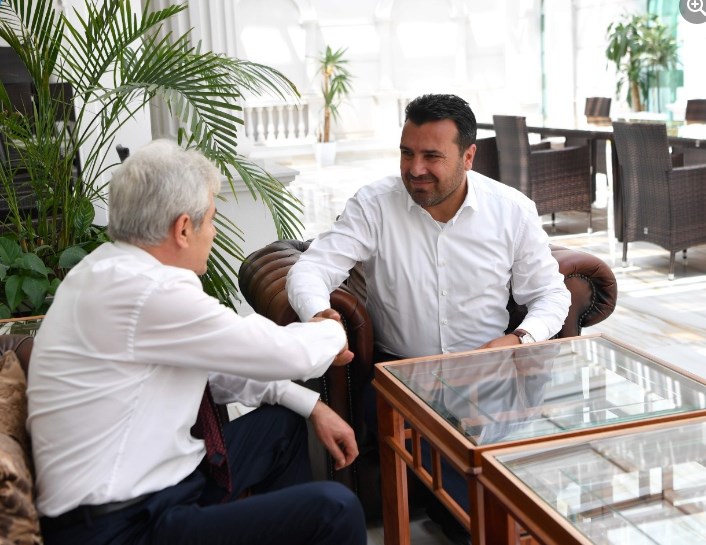 Zoran Zaev announced that he reached agreement with Ali Ahmeti for a pre-election coalition between his SDSM party and DUI in the October local elections.

With this, Zaev snubbed his other Albanian coalition partner, the smaller BESA party, which never the less has enough votes to sink his Government if it decides to do so. BESA is trying to challenge DUI for the important mayoral position in Tetovo, and demanded that SDSM remains neutral at least in the first round of the election. It’s not clear whether Zaev will technically meet BESA’s demand and run his own candidate in the first round, only to support DUI’s candidate in the crucial second round, or if Tetovo will be among the cities where SDSM will support DUI outright. Either way, BESA’s standing in Zaev’s Government will be shaken and a crisis of the coalition is possible.

The move can also prompt the opposition Albanian parties, AA and Alliance, to form a similar agreement with VMRO-DPMNE.