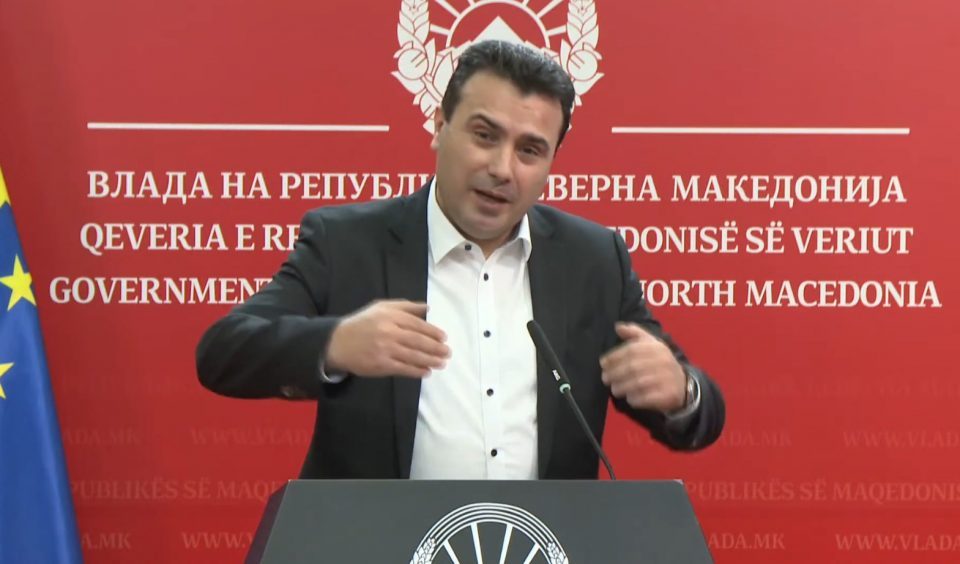 Zoran Zaev presented what he called Action 21 today – a strategy that he insists will reduce the huge levels of corruption in Macedonia that recently caused a political crisis after the Transparency International report ranked Macedonia at its historic lowest place – 111th in the world. But during the press conference, Zaev did not address the numerous corruption scandals his own Government is involved in, and instead tried to lay the blame entirely on the opposition VMRO-DPMNE party.

Their installations down to the smallest segment of our institutions obstruct the functioning of our system and our judiciary. Their regime rule spent the people’s money so that their party can get rich. They expanded corruption and want to be forgiven for their evil deeds, Zaev said during the press conference. He did not discuss the huge Racket scandal involving his confidant Katica Janeva, or the numerous corruption allegations aimed against him, while he was Mayor of Strumica and especially after he became as Prime Minister.

The plan itself provides for more hiring and digitalization in teh public prosecutor’s office, faster resolution of court cases, plans to confiscate property, electronic inspections and centralizing data for citizens. Zaev and his lieutenant Ljupco Nikolovski, who is appointed to a position of Deputy Prime Minister in charge of fighting corruption, insisted that they will ensure more frequent fines of corrupt oficials and electronic overview of the issuing of permits and licenses.

Zaev was again asked about the scandalous escape of former security chief Saso Mijalkov – apparently in collusion with him – which ended with Mijalkov’s return to the country. Zaev claimed that he led a “successful operation to have Mijalkov turn himself in”. “The Prime Minister is the one who leads such processes and does so transparently and I congratulate all who were involved in this operation”, Nikolovski chimed in. Mijalkov was then sentenced to 12 years in prison for the 2015 wiretapping scandal, in which Zaev was the original suspect, along with his ally, former security chief Zoran Zerusevski. But prosecutor Janeva threw out the charges against Zaev and accused Mijalkov instead.