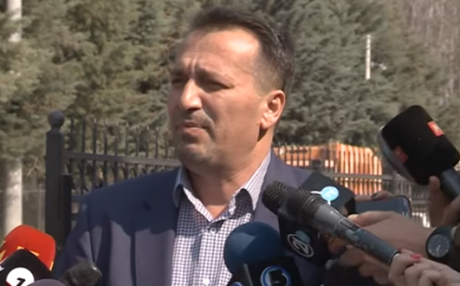 Mayor of Saraj Blerim Bexheti announced at Tuesday’s press conference that he is preparing criminal charges against the president and certain members of the Anti-Corruption Commission. Bexheti made accusations against Prime Minister Zoran Zaev and Skopje Mayor Petre Shilegov, adding that he had been subject to political pressure in the past.

Prime Minister Zoran Zaev was pressuring me to influence certain members of the Judicial Council to change a court president. He called me on July 17 and told me I should help change the president of the court and that job should be completed by September. I rejected Prime Minister Zaev’s request, and within two weeks after that call, the Anti-Corruption Commission, which is a corrupt commission to me, filed charges against me. I am sure that such actions by the commission are a result of the pressure I have refused to tell certain members how to vote, Bexheti said.

According to Bexheti, Zaev first called him and asked him to cancel the legalization of illegal buildings, and mayor Petre Shilegov demanded that he demolish one platform and the other two stay.