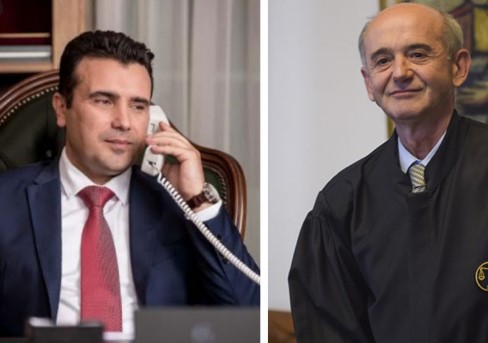 But it was Zaev’s and Maricic’s SDSM party which insisted that the Public Prosecutor is named by the opposition during their 2015 Colored Revolution and the political crisis they caused. The leftist party had its wish to a degree – the Public Prosecutor remained in place, but a newly appointed Special Prosecutor, Katica Janeva, was openly coordinating her actions with SDSM and acting on what was most expedient to the party. SDSM now claims that their “principled” request that the prosecutor is named by the opposition is no longer valid, now that they are in the Government.

VMRO-DPMNE stated the request during their protest on Wednesday, where opposition leader Hristijan Mickoski listed the numerous abuses of the judiciary by SDSM – to attack political opponents and to protect SDSM officials who are clearly involved in crime and corruption. To replace Joveski, the ruling majority doesn’t need to amend the Constitution – the Government could simply ask the opposition to pick a candidate and then nominate the person to the Parliament.

In 2017, Zaev insisted that his Government will do just that and will allow the opposition to nominate the Public Prosecutor, but starting with 2019. As the corruption scandals involving him and his lieutenants began to multiply, Zaev forgot about this pledge and instead pressured members of Parliament to adopt a scandalous new law on state prosecutors that ensured his loyalists will be irreplaceable even if SDSM loses power and that the prosecutors won’t be able to go after him using wiretaps – a practice that was widely used against VMRO officials. Tapes have shown Zaev closely involved in the Racket scandal, abuses by the public healthcare fund and the recent scandal involving Montenegrin businessman Miodrag Davidovic – Daka.