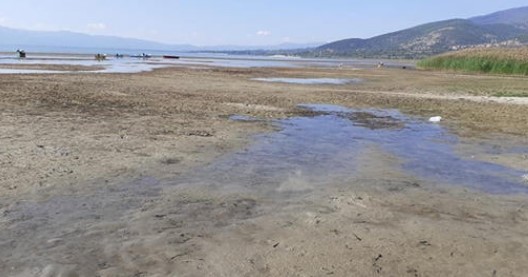 Environmentalist group Ohrid SOS warns that the level of lake Prespa has dropped to its lowest in the past century. The lake, which was used as a backdrop for the imposed name change treaty with Greece in 2018, has been withdrawing for years now, likely as the result of water outflows from lake Ohrid – the two greatest Macedonian lakes are believed to be linked with subterranean canals.

The Crn Drim river that flows out of lake Ohrid is the biggest factor in reducing water levels. It is used heavily for energy production, both in Macedonia and especially in Albania.