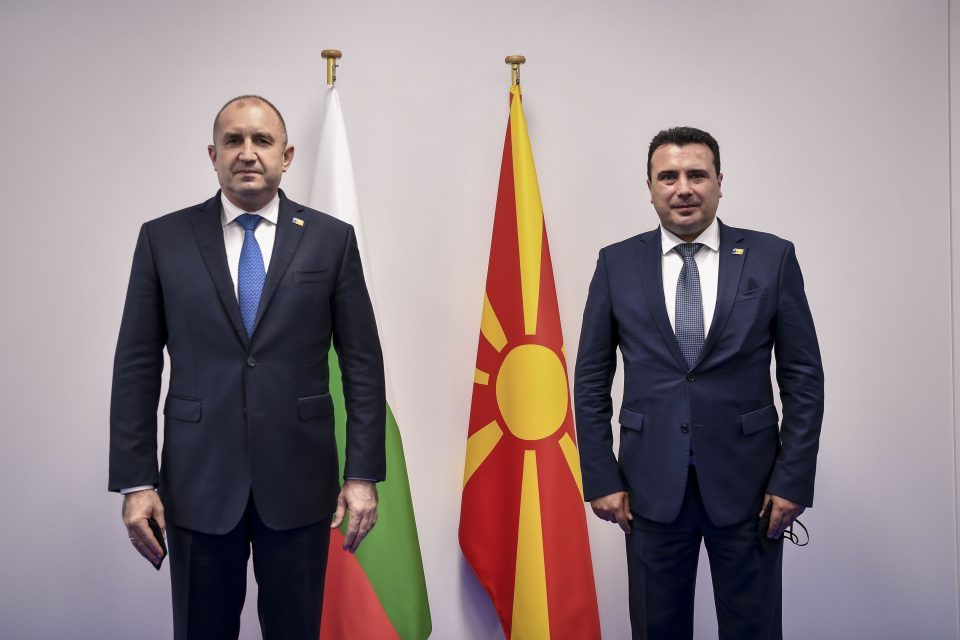 Bulgarian President Rumen Radev underlined the principled and continuous support for the future of the Republic of Macedonia in the EU, as well as the expectation of Bulgaria for a direct and active political dialogue through which the open issues in the mutual relations will be resolved.

Both Rumen Radev and Zoran Zaev emphasized the positive sign in the relations between the two countries, which the presidents of Bulgaria and Macedonia achieved with their joint visit in May to Rome and the Vatican, to pay tribute to the saint brothers Cyril and Methodius.

The meeting also highlighted the common will to achieve sustainable results in building good neighborly relations between Bulgaria and Macedonia, to meet the expectations of citizens in both countries.

The bilateral partnership in the field of security and defense, and the possibility of expanding the cooperation in the field of military training and exchange of cadets between the two countries, were also among the topics discussed in Brussels by Macedonian Prime Minister Zoran Zaev and Bulgarian President Rumen Radev.

At the meeting, it was agreed that Prime Minister Zaev will pay a visit to Sofia this week.