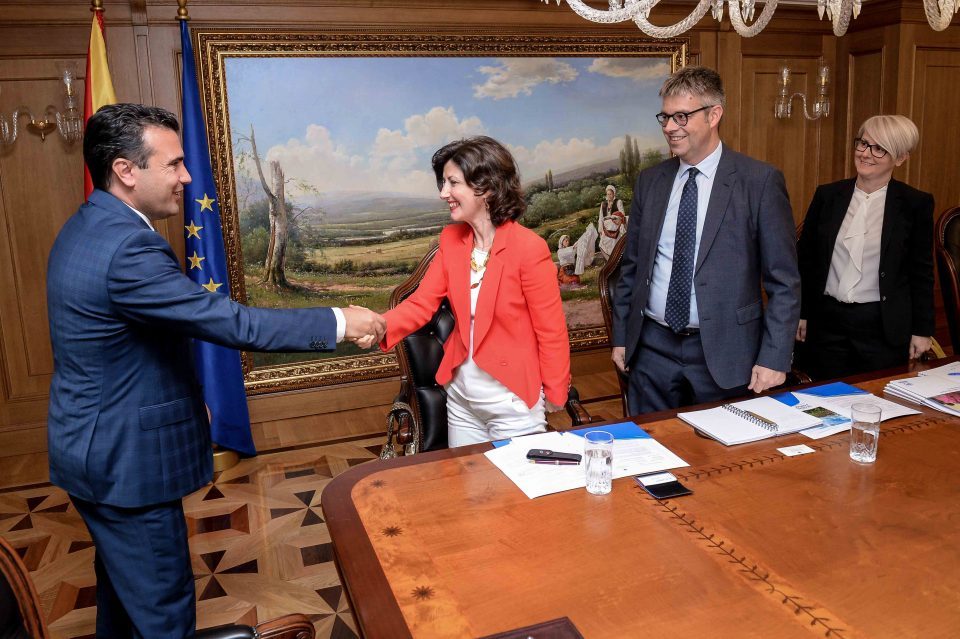 Zoran Zaev met with UNHCR representative Monica Sandri today and following the meeting his office said that they discussed ways to reduce statelessness and to give legal status to all.
Zaev and Sandri discussed the refugee and migrant situation in the region.

The meeting was focused on developing the most appropriate solutions to put in an institutional and legal framework that will register all persons and provide them with the basic personal documents and a legal status, which will then grant them all the rights that other citizens of our country have. Sandri said that by undertaking such steps, Macedonia can become an example to the region and beyond, the Government said in its press release.

Zaev leads a Government that includes a number of far left proponents of open borders, who have promoted the idea of integrating migrants into Macedonia, which played a crucial role in closing down the Balkan migrant route in 2016.