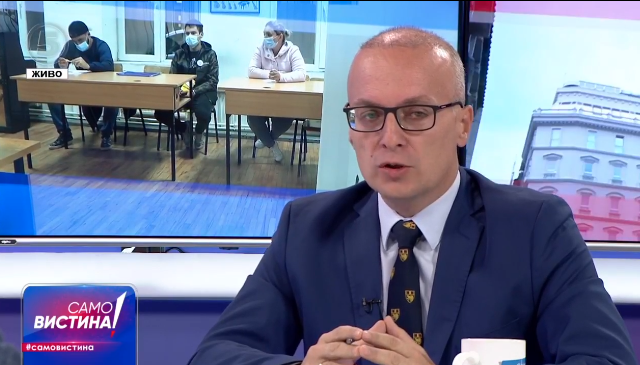 It’s curious why top SDSM party officials are not following Zoran Zaev and announcing their resignations, said VMRO-DPMNE official Antonio Milososki. He pointed to the ruling party’s Secretary General Ljupco Nikolovski, who was head campaign manager in the failed local elections, as a person who should definitely resign. But, according to Milososki, his silence indicates that Zaev may actually resign but will try to keep the party under his thumb with the help of loyalists like Nikolovski, or Interior Minister Oliver Spasovski.

Zaev lost his credibility. It would be absurd to try to transfer what’s left of it onto another party official who would replace him as Prime Minister in the same coalition. Only the people can decide who has mandate to lead the Government. And in the party itself, Zaev seems to be using his own promise of resignation to cover up for others, who he likely hopes will be loyal placeholders inside SDSM. By some logic, Nikolovski should have been the first to resign, as head of the election campaign, Milososki said.

Some Zaev loyalists have blamed the so-called “Skopje wing” of the party of sabotaging Zaev in the elections. Former party leader Branko Crvenkovski publicly broke with Zaev over his plans to make major concessions to Bulgaria on national identity issues, and Zaev’s former deputy party leader Radmila Sekerinska disappeared during the campaign. Relying only on people like Nikolovski and Spasovski after his announced resignation would alienate Zaev from opposing factions even further.