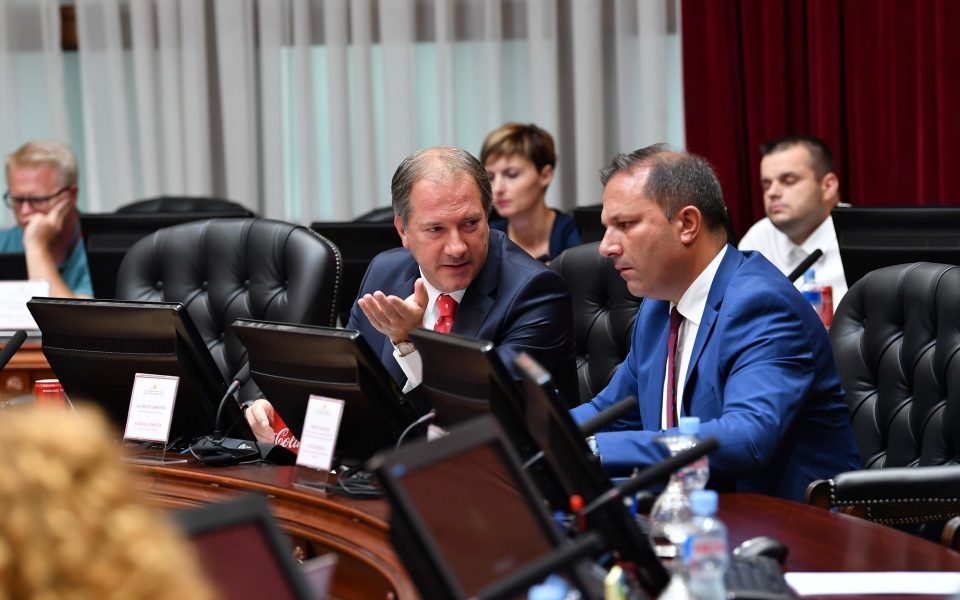 The request is another demand from the ruling SDSM party that is used to postpone the dissolution of Parliament. Spasovski claims that Mizrahi must go because she held a press conference with a back-drop that said Republic of Macedonia, instead of the name “North Macedonia” which Spasovski’s SDSM party is trying to impose. Mizrahi refuses to use the imposed name and insists that the name Republic of Macedonia will remain in use.

But in the meantime, SDSM’s Deputy Foreign Minister Andrej Zernovski explained that there are deadlines in implenenting the Prespa treaty, and that the Greek side also hasn’t met all of its own obligations under the treaty. Most notably, article 1 10 (b) states that the use of the “new name” is dependent on opening of EU accession chapters, a process which was blocked by France last October.
Spasovski today mockingly proposed that VMRO-DPMNE nominates a different candidate to lead the Labour and Welfare Ministry, proposing some of the nine former VMRO-DPMNE members of Parliament who were bribed and blackmailed into voting for the name “North Macedonia”. The Parliament was supposed to dissolve yesterday to make way for early elections on April 12, but SDSM keeps making new requests and refused to allow that the dissolution is put to vote yesterday.

Ever since her appointment, as a replacement for the favorite of the SDSM far left Mila Carovska, Mizrahi faced a torrent of abuse from SDSM activists. As the first Jewish member of Government in Macedonia, she was told to wear the star of David by SDSM activists and other, often unprintable slurs.