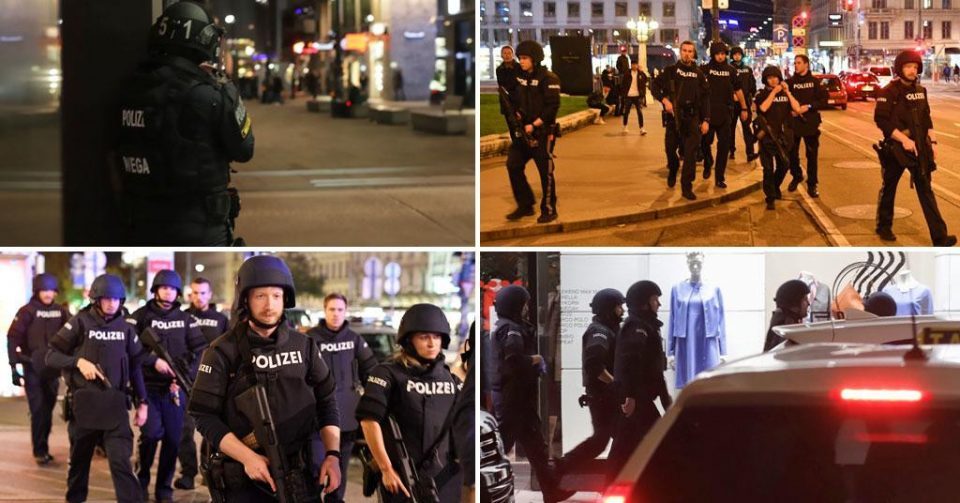 At least five people were killed in the terrorist attacks in Vienna yesterday, in which suspected Islamists shot at citizens walking down the street, or in restaurants, and targeted the city’s Jewish community.

Officers shot dead one attacker as he was preparing to use an explosive device strapped on his body. Four Islamists were captured and at least one is believed to be on the loose. Fifteen people were injured and it is feared that the death toll will continue to rise. At least three men and two women were confirmed killed in the coordinated attacks aimed at six different locations. Attackers used automatic rifles and other long guns as well as pistols.