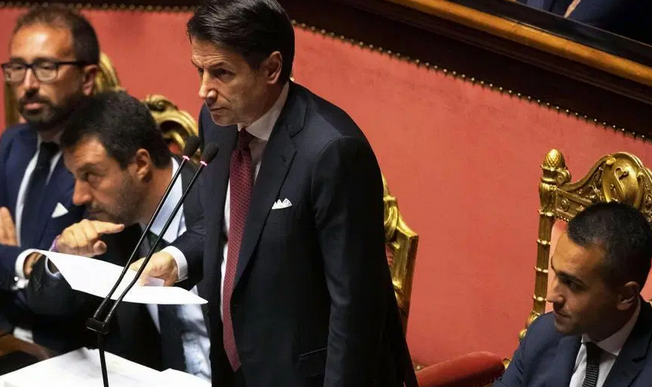 A swearing-in ceremony took place in a large ballroom at the Quirinale palace, the seat of President Sergio Mattarella.

“I swear to be loyal to the republic and to respect its constitution and laws and to carry out my duties in the sole interest of the nation,” Prime Minister Giuseppe Conte said.

The same words were spoken by the government’s 21 ministers.

The government was then due to hold its first cabinet meeting.

One of the first decisions it is expected to take is the appointment of former PD premier Paolo Gentiloni as Italy’s representative in the new European Commission.

The ruling coalition, known as “yellow-red” due to the colours normally associated with the M5S and PD, also comprises the smaller leftist Free and Equals (LeU) party.

The average age of the ministers is 37, a record low. In the cabinet there are seven women, 10 members of the M5S, nine of the PD, one LeU representative, plus one technocrat.

The government will face parliamentary votes of confidence next week: on Monday in the lower house of parliament and on Tuesday in the Senate.

The new administration has sidelined into opposition far-right leader Matteo Salvini, who used to be deputy premier and interior minister in a previous government with the M5S.

Salvini’s League and another far-right party, the Brothers of Italy (BdI) are planning street protests against the new executive. BdI is holding the first on Monday, outside the lower house of parliament.

Italy has frequent government crises. The new executive is the 66th in 73 years of republican history, with its predecessors lasting on average about 13 months.