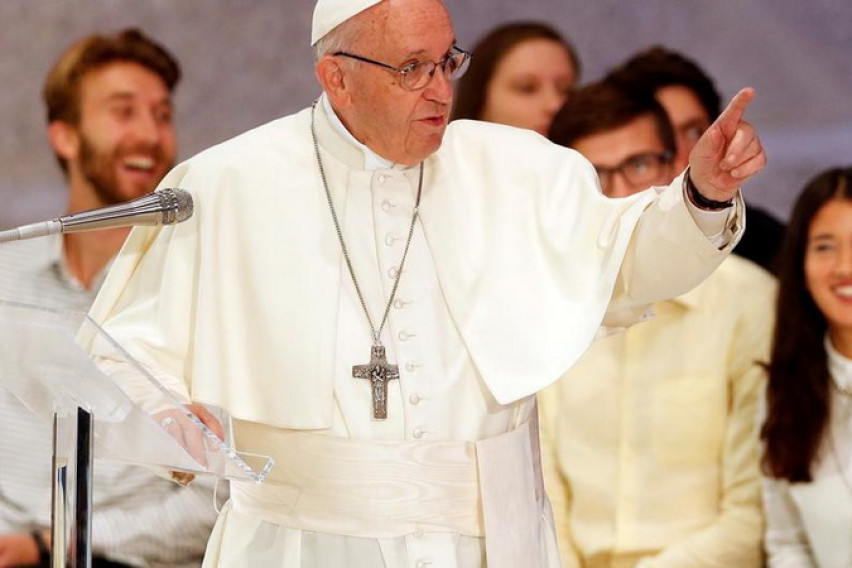 Pope Francis told a reporter on Wednesday it was an “honor” to be the subject of attacks from American religious conservatives and their Catholic allies, Fox News reports.

The pope was speaking with French journalist Nicholas Seneze, the author of “How America Wants to Change Popes,” when he responded to his American critics while heading to Mozambique for a three-day tour of sub-Saharan Africa.

His stances on climate change, immigration, homosexuality and theology have garnered heavy criticism from politicians and conservative Catholics and commentators. Some critics have demanded his resignation.

“It’s an honor that the Americans attack me,” the pontiff told Seneze.

“The pope was speaking in an informal context in which he wanted to say that he always considers criticism an honor, particularly when it comes from authoritative thinkers, in this case, those in an important nation,” he said.

Pope Francis has urged governments to welcome migrants and make good on commitments to reduce global warming, to the ire of some conservatives.

Earlier this year, he said political leaders bent on building walls will end up “becoming prisoners of the walls they build.”

Many analysts took the reference as a dig at President Trump, who has been working to build a wall on the southern border.

In his book, Seneze mentioned some prominent Catholics who have taken issue with the pope in recent years, including U.S. Cardinal Raymond Leo Burke.

Pope Francis landed in Macedonia with a defective radar system