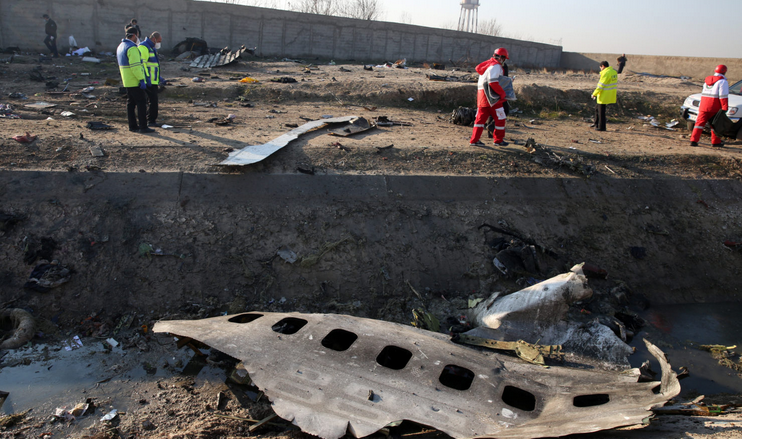 Investigators were scrambling Wednesday to determine the cause of a crash that killed all 176 people on board a plane that came down shortly after takeoff from Tehran’s international airport, CNN reported.

The Boeing 737 jet, operated by Ukraine International Airlines, took off early on Wednesday en route to the Ukrainian capital Kiev with 167 passengers and nine crew on board.

Eighty-two Iranians, 63 Canadians, and 11 Ukrainians died in the crash, which took place between the cities of Parand and Shahriar, according to a tweet from Ukrainian foreign minister Vadym Prystaiko.

There were also 10 Swedes, four Afghans, three Germans and three British nationals among the victims, he said.

Thirteen former students of Sharif University of Technology, in Tehran, were among those killed, according to a tweet from the university.

The plane is a Boeing 737-800, a predecessor to the company’s 737 Max, which has been grounded since March following two fatal crashes that killed 346 people.

The Ukrainian Embassy in Tehran replaced its previous statement saying terrorism or rocket attacks had been ruled out as causes of the flight PS752 crash.

“Information on the causes of the plane crash is being clarified by the commission,” the Ukrainian Embassy said.

The crash took place on the same day that Iran fired a number of missiles at two Iraqi bases housing US troops in retaliation for the American strike that killed top Iranian general Qasem Soleimani last week.

The White House had sought to cast the strike as an attempt to de-escalate tensions with Iran, but Tehran has described it as an “act of war” and “state terrorism.” Soleimani had been the second most powerful official in the country.