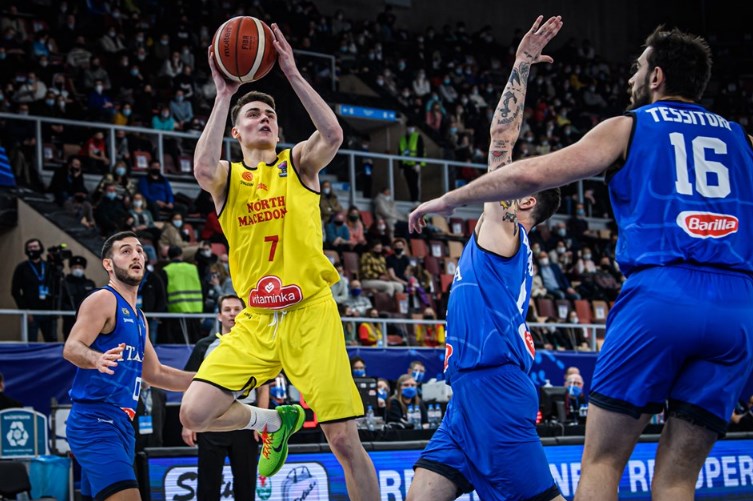 The Macedonian basketball team lost 92:84 to Italy in a European 2022 Championship qualifier that was played in Perm. The two teams were evenly tied in the first quarter and then Macedonia took the initiative, and maintained a solid lead, up to eight points. Nenad Dimitrijevic was especially strong on the offense for Macedonia.

But Italy pushed back in second half, especially in the last 10 minutes, and scored whopping 29 points in the last quarter. This win puts Italy top of the group with four wins, Russia is second with a score of 2:2, and Estonia is third with one win and two losses. Macedonia is last with three defeats out of three games. Our next match is against Russia tomorrow.