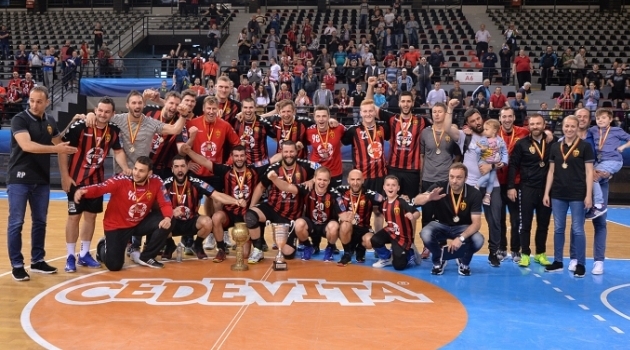 Vardar breezed through Eurofarm to win it’s 13th Macedonian handball title yesterday.
With two games to go, Vardar is already unreachable at the top of the league.

The best handball team in the country has won nearly half of all championships since independence, the rest shared evenly between Metalurg and Pelister. The title comes at a difficult time when Vardar faces losing its main sponsor, Russian businessman Sergey Samsonenko. His withdrawal, under the political pressure he is exposed to, could break up the team which won the 2017 Champions League.