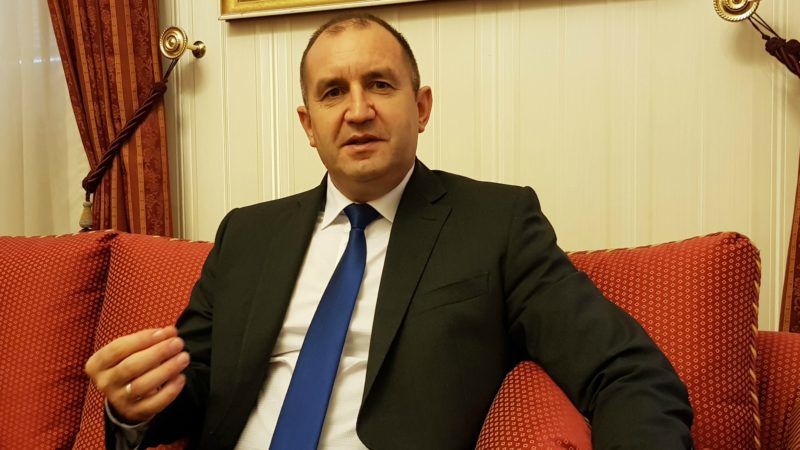 Bulgaria’s President Rumen Radev opened consultations Friday with the parties in the newly elected Bulgarian Parliament ahead of presenting a mandate for the formation of a government. He started with There Is Such a People (TISP) whose 65 MPs make up the biggest group in Parliament. On the back of the start of talks, the formerly ruling GERB party, which now is the second biggest in Parliament, announced at a news briefing that they were not going to meet with the President.

In his opening remarks at the meeting with the TISP leadership, President Radev congratulated them on their election victory and reminded them of the responsibility they have to try to form a government.

He said Parliament and a parliament-appointed government should to continue the process of strengthening statehood and take up important tasks, including addressing the social issues, reforming the judiciary, revising the budget, submit the National Recovery and Resilience Plan.

TISP deputy leader Toshko Yordanov said his party is aware of the responsibility they have as the winners in the July 11 elections. He expressed hope that the other parties in Parliament – except for GERB with which they are determined not to discuss the formation of a government – will leave behind some of their party considerations and plans, so that a stable majority be formed in Parliament to agree on a working government. If this does not happen, this country will apparently be going to new snap elections, Yordanov said.

The President urged them to wait before speaking of another snap elections, and first try with the other parties to identify several priorities to agree on, focus on them and try to form a government.

TISP said that was exactly their intention and singled out several priorities on which they believe that agreement exists: the judicial reform, including a reform of the status of the prosecutor general, the social problems of pensioners and measures to prepare for a possible new health crisis.

Yordanov said that several days from there there will be clarity if a government can be formed.

GERB “happy to be in opposition”

At a news conference in the Parliament building, GERB announced that they are not going to consultations with the President. Floor leader Dessislava Atanassova said the reason for their decision was the disrupted dialogue and refusal of TISP to meet with them to discuss possible support for a government.

GERB said that the President behaves in a discriminatory matter towards GERB; that he divides the nation and breaks his constitutional responsibility to be a unifier; and that they are happy to be in opposition.