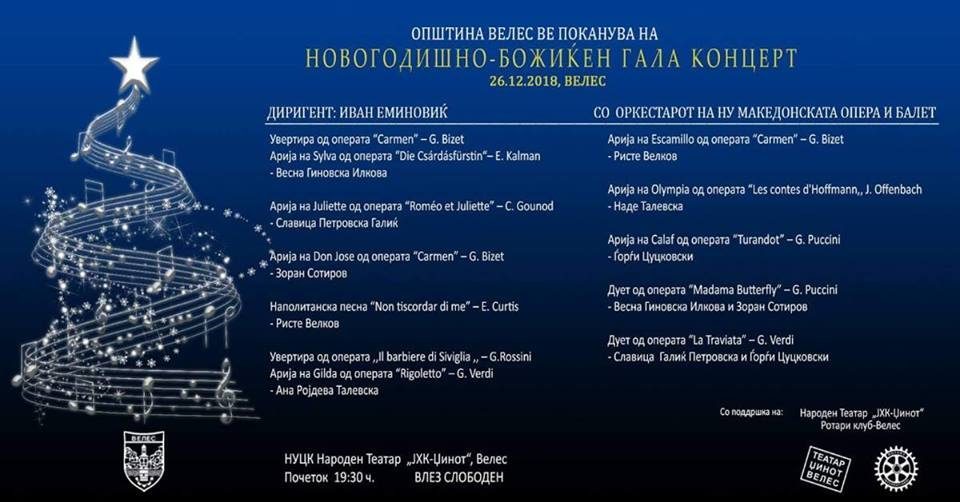 A new Year-Christmas gala concert of the Macedonian Opera and Ballet (MOB) will take place in the Veles Theatre on Wednesday.